One of the main fundamentals of all RPG games is combat. This section will cover the battle system of Legend of Heroes:Trails of Cold Steel 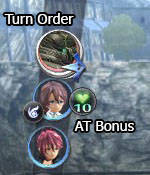 The gauge that will determine the turn order. It is shown at the left side of the screen. The game has many ways of manipulating the turn order, every action in the game has a different delay parameter. For example, if you move, you can have your turn back after two turns within the order, but if you attack, you won't get your turn back until 4 turns later. There are also skills that can cause additional delay to enemies. The key to winning in combat is learning how to adjust the turn order and use it to your advantage.

All party members use an Arcus unit which is used for equipping Quartz (gemstones composed of Sepith). Each character is equipped with a Master Quartz, which contains a set of spells, status attributes, and special effects. This can be used as a quick way of setting a character battle type (Fighter, Healer, Magician, etc...). There are also regular types of Quartz, which will let you use Arts (magic) or other status boosts depending on the Quartz. In Cold Steel II all Quartz slots are unlocked, but in order to use stronger quartz, you must upgrade the equipable slot with Sepith Gems before you are allowed to equip them. Your source of money (Mira) comes from exchanging Sepith at shops. Keep a balance between upgrading your slots and selling them for money. 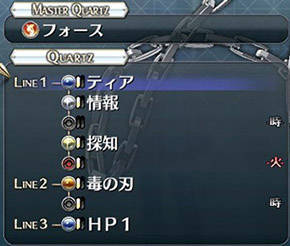 On the Field Map, you can use the Field Attack function by pressing the Confirm (O = JP, X = EN) button. If you encounter an enemy and manage to strike it from behind, it will cause them to be stunned. When stunned, you can start an enemy encounter with an additional advantage. This allows your character to take turns earlier and can even heal some CP at the start of the battle. The enemy can do this to you as well if they manage to sneak up from behind your character. 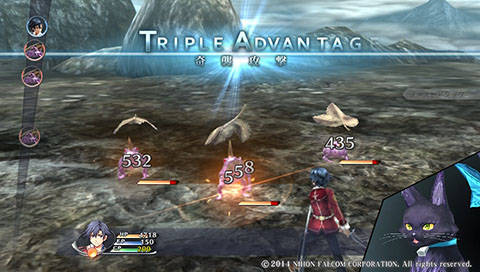 Unlike most RPGs, in the Legend of Heroes games, abnormal status actually work on bosses which is one the main key of winning combat. You can take advantage of these status debuffs to gain a huge advantage in battle. Of course, the same can happen to you as well.

These are status buffs that are used for enhancing the target's status temporary.

There are 4 types of attacks in this game, Slash, Thrust, Pierce, and Strike. Each character in the game has different proficiency with their attack types. If you strike an enemy with the attack type they're weak to, it will 'unbalance' them, leading to the chance to perform a Link Attack *read the section below.

You can adjust your battle position under the tactics menu. The formation is not important on lower difficulty levels but can be used to exploit the enemies to behave in a certain way. Very useful for players trying to beat strong enemies when severely under-leveled or on a fresh Nightmare run. Read Zennvirus' Formations section for more in-depth information about Formations. 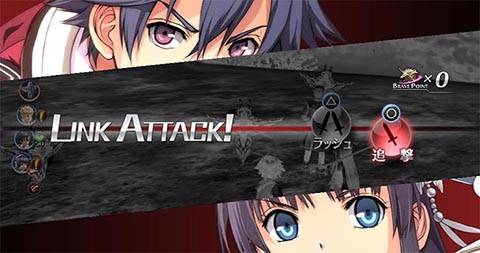 At certain points of the game, you will be using the Ashen Knight, Valimar for Mech combat. Using the Ashen Knight is like playing a game of rock-paper-scissors. When fighting enemy units, you'll need to select the correct part to hit, which is the one that displays more stars during the current turn. Hitting the correct part will land a critical hit which allows you to perform a Link attack. Eventually, you can even assign a backup pilot which will give Valimar some additional abilities based on who your partner is. 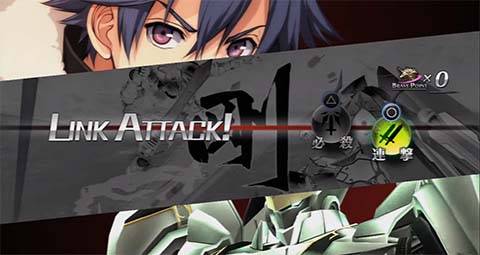 Overdrive (Over-Rise in the Japanese version) is a new function added to Cold Steel II. Using Overdrive will restore 30% of your character's HP, EP, CP, give you three extra turns and instant magic cast between the two characters you linked. To use Overdrive you need to fill the Overdrive gauge located at the upper right of your screen, once the gauge is filled up, you can activate Overdrive by holding Right on the Attack Icon and press the confirm button.

Important: To be able to use Overdrive between any pair of characters not including Rean you'll need to open a specific type of chests called Trial Chests, which are colored blue. They are character specific, so if the chest requires, say, Laura and Emma, you'll need to have those two characters with you (as active or reserve members, no problem there) to be able to open the chest. Once this condition is met, a battle will ensue. After winning this 'trial battle' both characters will then be able to use Overdrive in any subsequent battles. So it is in your best interest to hunt for these Blue Chests. 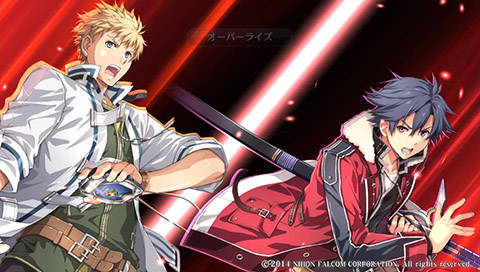 Link EXP is the bonding level between you and your partner. This is mostly for Link Attacks since, as you increased your Link EXP level, you can unlock additional support abilities between partners. To earn Link EXP, you will need to link together in battle, attend bonding events or through story events. Certain story events require a high Link EXP level to trigger.

At certain days of the game, you will receive bonding points, which are used for spending time with people you know, revealing additional back stories and raising the Link EXP with the character you spend time with. Certain unplayable (NPC) characters have a hidden Link EXP value.

In Trails of Cold Steel II, the core game is the same as the original. However there is many subtle changes, which overall affects the game balance.