The Legend of Zelda series is world renowned for its outstanding gameplay and innovation. It has gathered many accolades and achieved great success among the game franchises of any system. What many people tend to overlook of the series is its outstanding humor. Zelda games have some serious laugh out loud moments that tend to be forgotten as you continue playing the incredibly well made games. There will tend to be more more of the later games on the list simply because the earlier ones couldn't really create as much humor with the severe technical limitations. That being said, I want you to sit back and enjoy the Top 10 Funniest Zelda Moments.

After completing the Dodongo's Cavern, Link finds himself outside of the Dungeon. All is quiet, until Darunia drops from the sky. He proceeds to slam his fist onto Link's head and drive him into the ground. After forcing Link to become sworn brothers, Darunia gives up the Goron's Ruby and Link holds it above his head with pride. Then his true battle begins as many more Gorons fall from the sky and stand up. They menacingly approach Link, arms spread and demand a "Big Goron Hug". Link screams in fear and attempts to run away, but another one drops in front of him! He gets up and immediately continues running away. 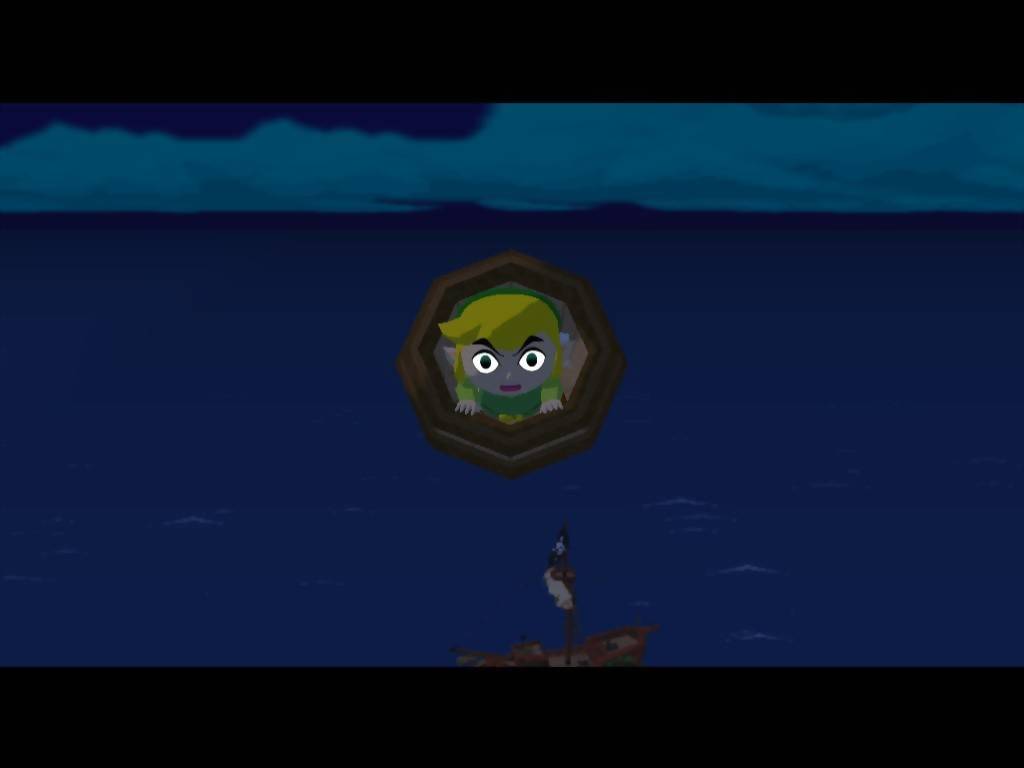 Link's sister Ariel has been kidnapped and taken to the Forsaken Fortress. As a favor to him, Tetra and her band of Pirates give him a ride outside the fortress. But because of the searchlights, they can't get close enough to drop him off properly. But don't worry, Tetra has a plan. With a gleam in her eye she looks sideways at Link. Link stares blankly into space before looking down and realizing he's in a barrel. Now why would he be in that? He glances sideways and realizes the barrel is at the throwing end up a giant catapult. His eyes widen in fear: 'Now wait a minute!' he tries to say, struggling to let himself free. Tetra attempts to reassure him and says that they do it all the time. Link is still trying to get out when the countdown begins. 3... Link's eyes are wide with fear! 2... Link bites his lip... 1... Link closes his eyes and prays to the three goddesses.. BOOM! Link is launched thousands of feet into the air as he soars many kilometres to the fortress and slams straight into the wall. Oops! 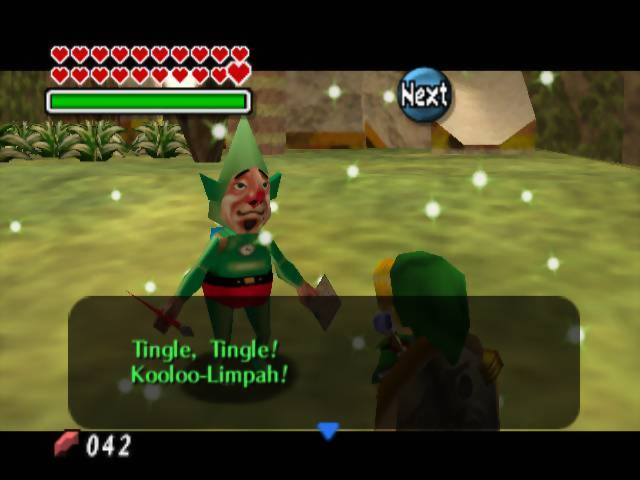 Let me be the first to say- I don't think anybody was expecting this character to be in Majora's Mask. Just the fact that he exists is absolutely hilarious. Let's go over who Tingle is, just in case you don't know. He's a thirty five year-old man who is absolutely obsessed with fairies. He has a huge nose, tiny moustache and goatee beard and wears a green jumpsuit with red underpants over top of it. He floats around in a red balloon and needs to be shot down in order to talk to him. If you do, he sells you maps. The money he makes from maps goes straight to his father, who thinks of Tingle as "a fool". After talking to him, he finishes the conversation with his own special words: Tingle Tingle Kooloh Limpah! Do I really need to say anything? What's even more hilarious is that he can actually be found in five or six more Zelda games! Did they really think he was so popular? He even got his own spin-off game! What is wrong with this picture? 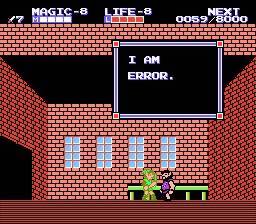 When players first explored the town of Ruto, they discovered a house with a man inside. When they spoke with him, he said one line: "I AM ERROR." Everyone scratched their heads and said "What?". People thought this was a programming error, and found it hilarious that Error was literally what he said he was. Then later on, you found a character that said "ASK ERROR IN RUTO ABOUT THE PALACE", and Error told you about the palace when asked again. It was then realized that Error was not an error, and in fact, it was his real name. That led to the question: Why, out of every single name they could have picked, would they have used something as absurd as Error? Nobody knows if it was just poor translation or a deliberate joke, but either way, it gets the #7 spot on the list. 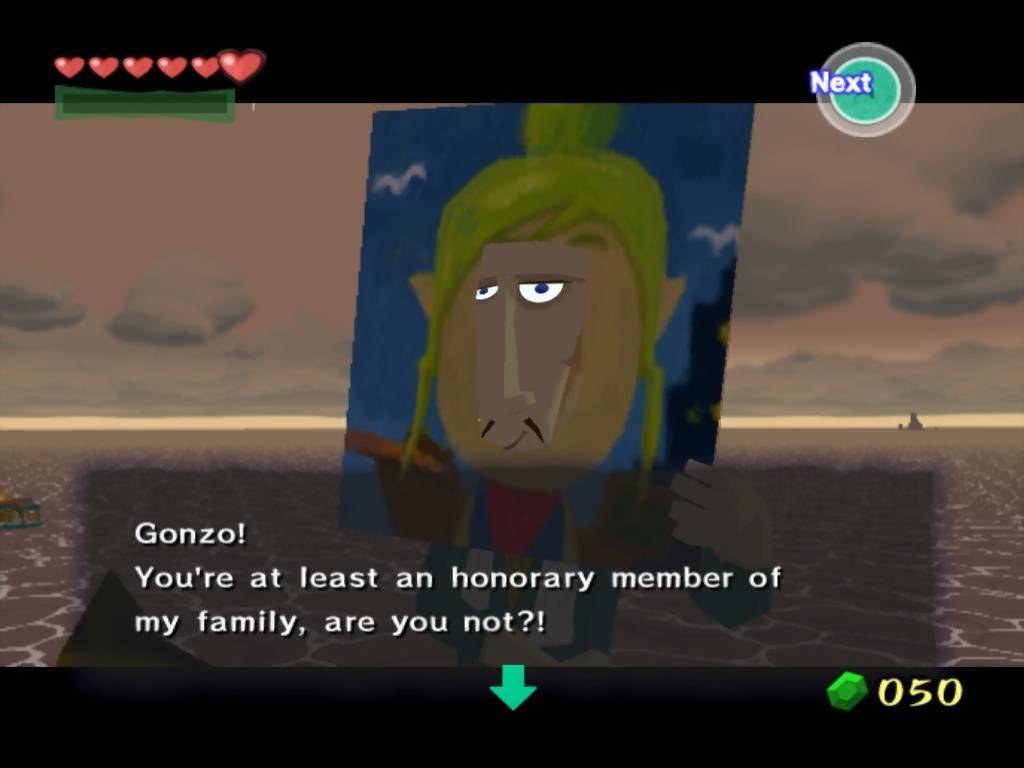 When Link enters the game room on Windfall Island, he finds a perpetually bored worker named Salvatore. He runs a Battleship mini-game that you can play. Although his head is on his hands for the majority of the time, as soon as you shell out the big bucks he instantly perks up. Holding up cardboard cutouts of various characters over his head, he immediately becomes extremely enthusiastic and mimics characters such as pirates and cheering villagers. The reason it's so funny is because it perfectly epitomizes the summer job. You sit around bored out of your mind until you get paid, where you promptly become involved in whatever you are doing. To make it even better, this character is also on another island in the game and also is featured in a couple other Zelda games.

Don't feel like shelling out the rupees for a new item at the shop? No problem! Link can simply pick up the item, then run around the shopkeeper until he has his back to you, and go out the door! Link steals the item and gets lectured by the game on morality. If you keep playing, the character's name will be changed to THIEF forever. If you return to the store, however, thats where the real lesson in morals takes place. The shopkeeper is standing at the top of the room, and the music instantly changes from peaceful to extremely intense! The shopkeeper warned Link about stealing, but now its time for him to pay the ultimate price! With a flash of lightning from the clerk's hand, Link is instantly killed no matter how many hearts he may have. Why isn't the guy that can shoot lightning from his wrists trying to save the world instead of Link? 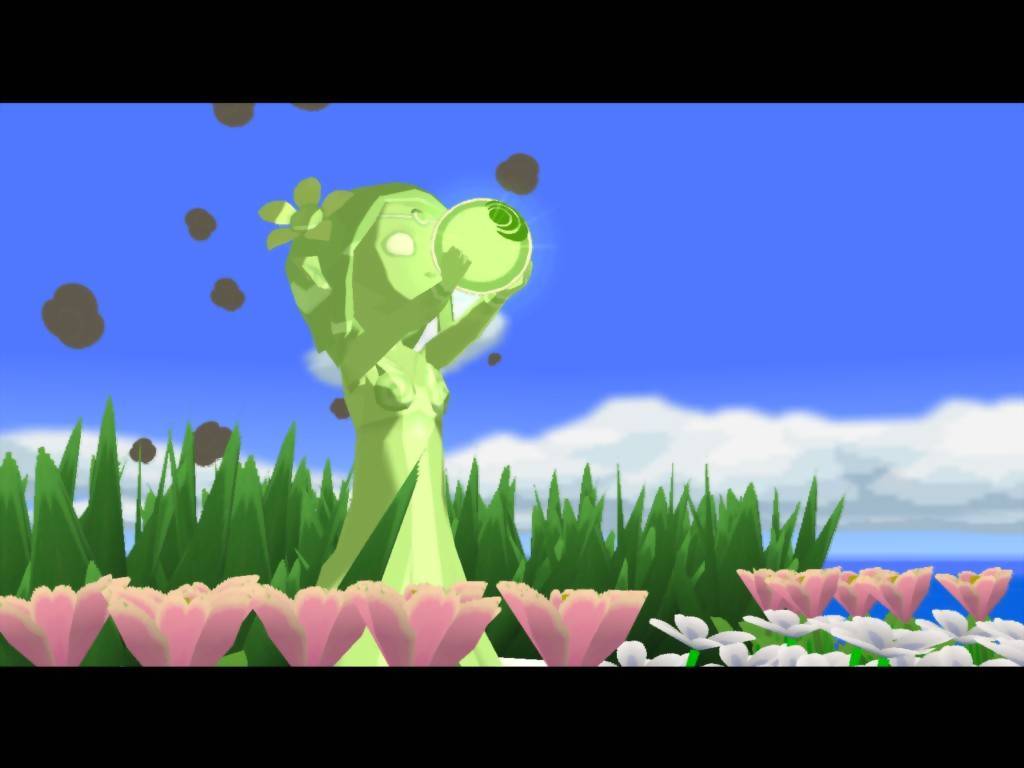 The goal of the first half of the game is for Link to collect three pearls, in order to unlock the Tower of the Gods. After doing this, he must place them on three small islands, in a triangle shape around where the tower is said to be. After placing the first pearl, it starts to pulse with a glowing light slowly in the statue's arms. After placing the second, it starts to pulse as well. When the third and final pearl is set, it starts to violently glow. Link is no fool, he's seen his fair share of movies before. He knows what's going to happen, he sprints away and leaps off the island for cover in preparation for the coming explosion... but nothing happens! The light fades away and Link climbs back up for a closer look. The pearl stops pulsing and all sound is quiet for a moment... until... KABLAM! The statue explodes and Link goes flying thousands of feet into the air for a second time in the game! 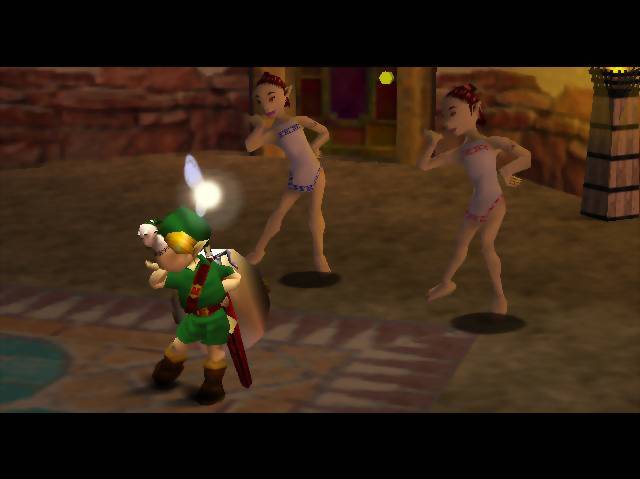 The Kamaro's Mask is unique from any other mask in the game in that wearing it allows you to perform a dance. Although there are only a few places where this is useful, you can do it at any time. And boy, is it entertaining. Link moves in a creepy worm-like way around as he dances. This leads to many hilarious antics, such as a dance number with the Rosa Twins. Best of all though the Re-Deads. Since Ocarina of Time, Re-Deads have been feared for the way they mount Link and suggestively devour him. In Majora's Mask, if Link wears the Captain's Hat, Gibdo Mask or Garo's mask, the Re-Deads will begin dancing. They will either do a ballet spin or even get down and do the can-can. Absolutely brilliant. 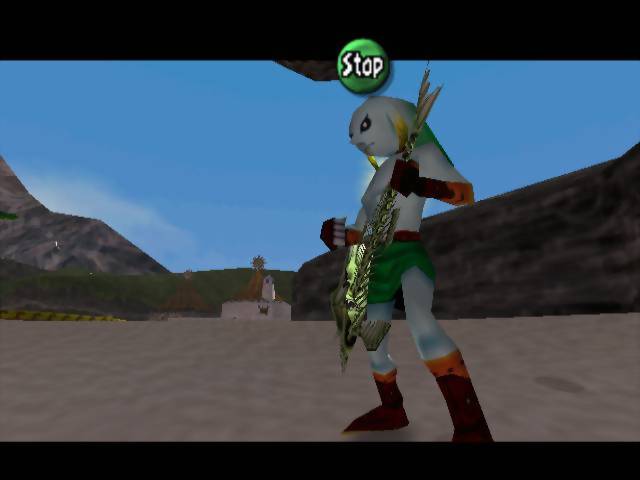 After Link enters the Great Bay for the first time, he finds a dying Zora floating in the water. It is Mikau, a Zora that plays guitar in the band "The Indigo-Gos". Link helps him to shore, where he walks a few feet and collapses in pain. He manages to choke out:. "My final message... Will you listen to it?" Link then agrees, and the Zora promptly stands up and pulls out his guitar. He screams and jams out on his guitar in a lengthy and loud song, involving yelling "ONE, TWO THREE!" and "OH BABY BABY!" among other things. For me, this was totally unexpected and I literally howled with laughter. 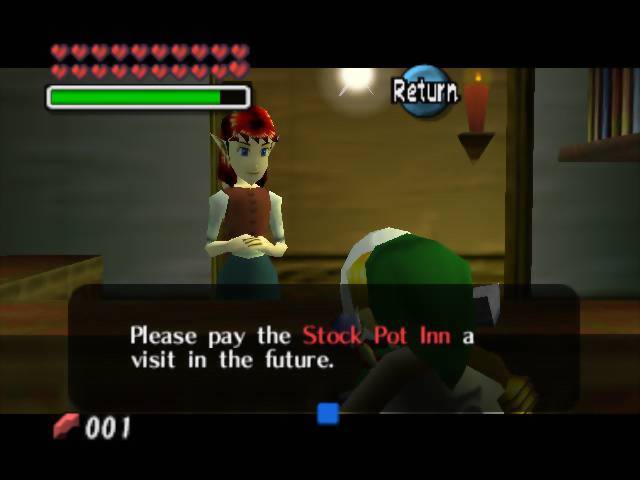 Located in the Stock Pot Inn down a wooden hole, this Hand reaches out whenever Link approaches it. This is extremely startling at first, until you realize that the wooden hole is actually a medieval toilet. That is correct, this lonely hand is trapped in the toilet. It's unknown whether the hand is simply a disembodied hand or an actual person, but it's probably better off ambiguous. For the obvious reason, the Hand needs paper. Link can give him Land Title Deeds and Letters that he is supposed to give other people during his quest. The Hand in the Toilet is also found in Oracle of Ages, where he is still in need of paper. If Paper is given to him, he will reward you with a Stink Bag, a bag presumably filled with things found in a toilet. The Hand in the Toilet was the most shocking thing I've ever seen in Zelda, and for that reason is the number one funniest thing in a Zelda game.

Well, there you have it. The Top 10 Funniest Moments in Legend of Zelda games. There were many moments I had to unfortunately skip to cut the list down to size, so I'd like to list a few honorable mentions. The character of Re-Deads for their disturbing attacks is one of them. Another one is the Cuccoo attacks found in most Zelda games. Finally, the other honorable mention I did not have room for was the Iron Knuckle in Ocarina of Time that is missing its axe. Anyway, I hope you enjoyed the list and remembered some of the best moments in Zelda history.

Discuss this list and others on the Top 10 Lists board.

Would you recommend this Top 10 List? Yes No
Send Skip
Message Sent