The very first Legion you get, near the end of File 01, the Sword Legion is a melee attacking Legion that uses the blades attached to its arms. It's pretty fast compared to the others, but not the fastest. Personally I find it to be the workhorse "all around" Legion, effective in most situations. 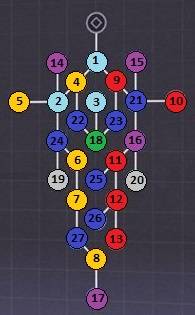