Your second Legion is your long-range option, and you'll receive it at the end of File 03. If any enemies are up in the air and out of your reach, or for any reason you don't want to get close, Arrow's your pal. You can also use it to support your own close attacks from long-range. The Arrow Legion is easily the fastest Legion by movement, but it also has the lowest attack power. 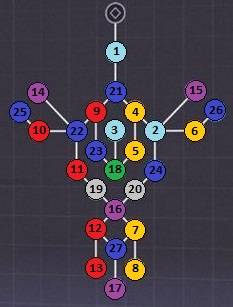