First, let's cover the north end of the Harmony Square, prior to the stairs up to the promenade: 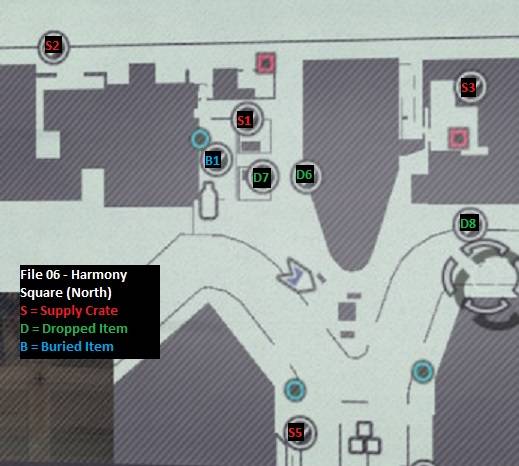 Next, we'll move to the southern area: the promenade walkway and points nearby. 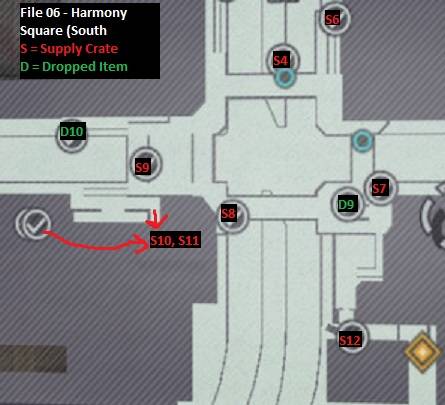 This first set of items is in the first sneaking case. 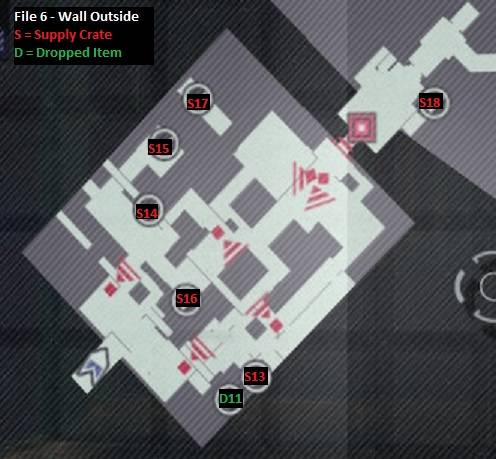 These items are in the second sneaking case.

This first set is what's outside the Uppers Camp of Sector V. 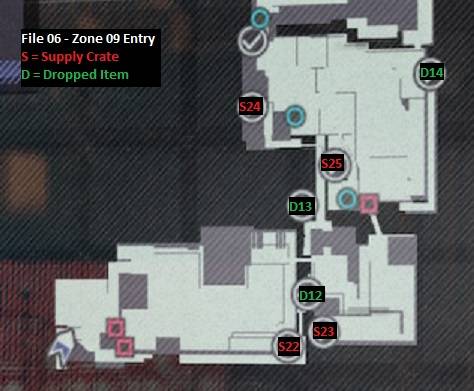 All these items are either inside the Uppers Camp, or further along on the way to the Hermit Base. 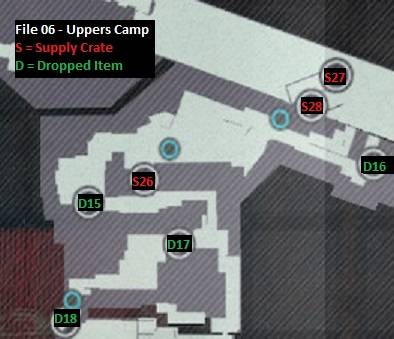 For these next three, refer to the picture below in Chapter 8. You'll be here twice and there are items to get both times.

This first set of items is before the Hestia fight.

This set of items is after the Hestia fight.

For this section, I'll often be referring to "Building" numbers. You can look at your map to confirm this, but Building One is where you entered this area back in Chapter 6. Building Four is where you start this chapter on. Building Two is off to the northeast and there's a special fight there. Building Three is where the story leads you and you can't come back from it once you go there. 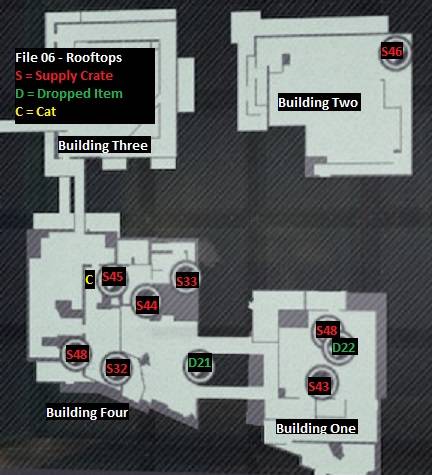