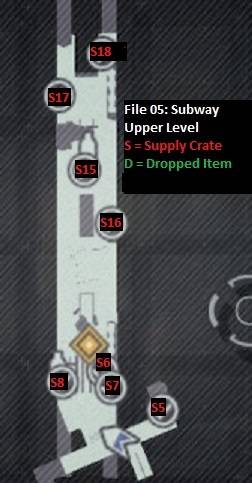 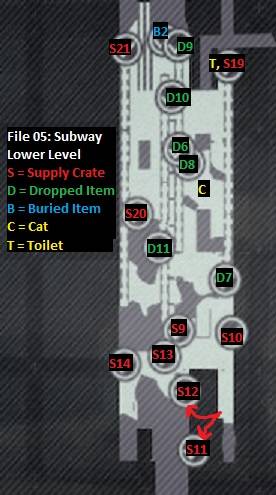 Next, the first area with civilians, which consists of the upper Yellow Line platform, and the lower Green Line platform split into two sections: one you access using the stairs in front of you, and the other you access by going down the rubble further ahead.

Next is the second area with civilians; the small upper area on the Yellow Line, and the much larger lower Green Line area that can only be accessed by the train that sunk into the ground.

These next ones can be taken after you save the third civilian, on your way to backup Alicia: 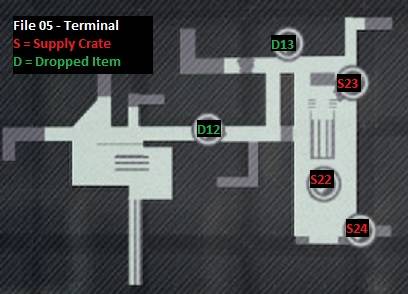 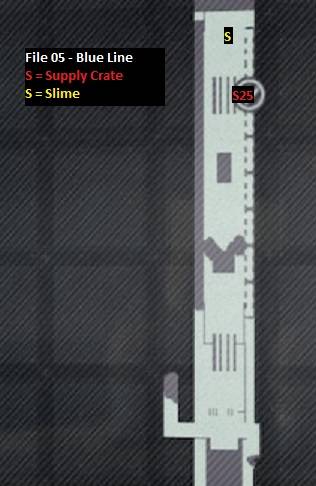 There are fifteen supply crates (and one of each of the other two types) in this area, so let's start with after you get the Beast Legion:

This next set comes after you ride across the disappearing platforms while getting shot at by bullets:

Lastly, stuff that comes after you find the drone again:

Nothing special here besides combat.