This first section is the Maison Forest "investigation" area, before anything else opens up. I refer to compass directions a lot in this section. You start at the south end. It's easier to figure if you go into Options and "fix" the minimap and map displays. They'll be oriented like the picture below: 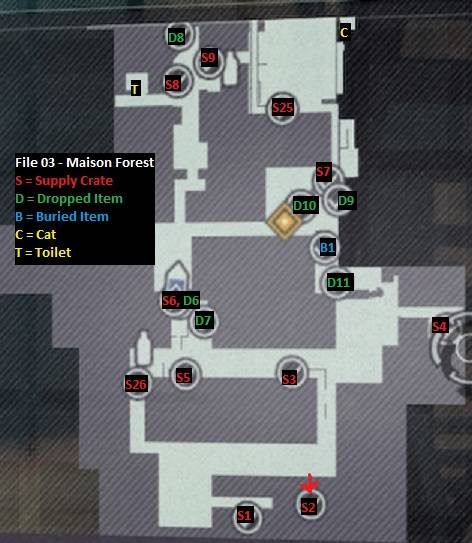 These next items are after the later areas of Maison Forest open up to you.

There are only Supply Crates here, so no need to keep your eyes peeled. Still fifteen is quite a few.

After the first "Chimera Takedown":

After the first two-button elevator:

After first encountering the drone:

You should get all the crates before moving on to Cerberus.