Bunny Girl On A Flying Dragon 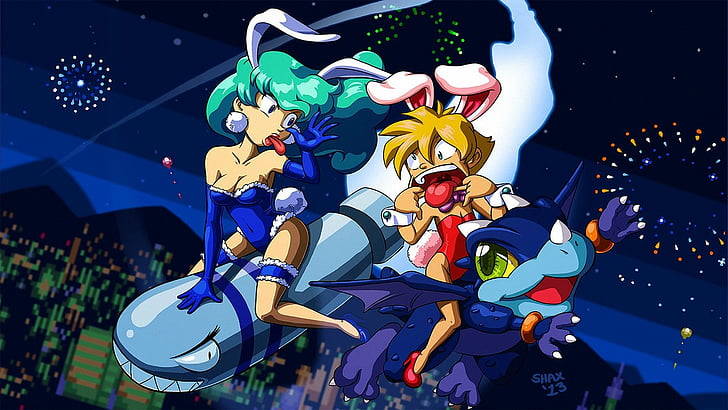 Keio Flying Squadron is what I thought Air Zonk should have been. The game is completely insane. It’s so insane that it’s hard to really describe it. It costs a fortune on eBay these days and that’s unfortunate because it’s a game everyone should experience if not for the zaniness alone.

The game begins with a beautiful intro narrated by the guy who voiced Ghostface from Scream and Mojo Jojp from Powerpuff Girls. His voice acting is good. The rest is terrible.

Basically Keio’s village gets attacked and she and her pet dragon has to go out and find a key and bring it back to the village. This is pretty much the plot of the game but what’s important is what’s in the game. 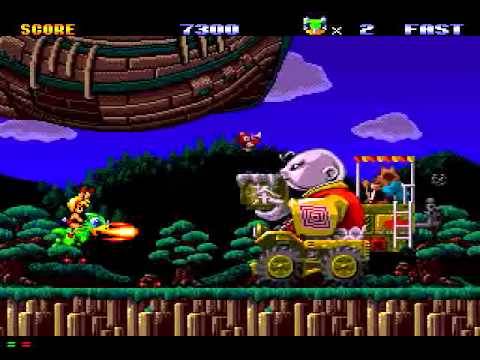 Let me start out by saying that the music is incredible. The first stage especially but every stage is so very good. While I’m on the topic of sound, the sound effects are good too even if most enemies sound like balloons popping when they explode.

I just love the inventive ways to keep you entertained through each level. One level has you go down a waterfall as a giant fish is climbing it. Then you face a boss that’s this big ship with some guy poking out yelling “Over here!” In every section of the ship until at some point there is many of them. 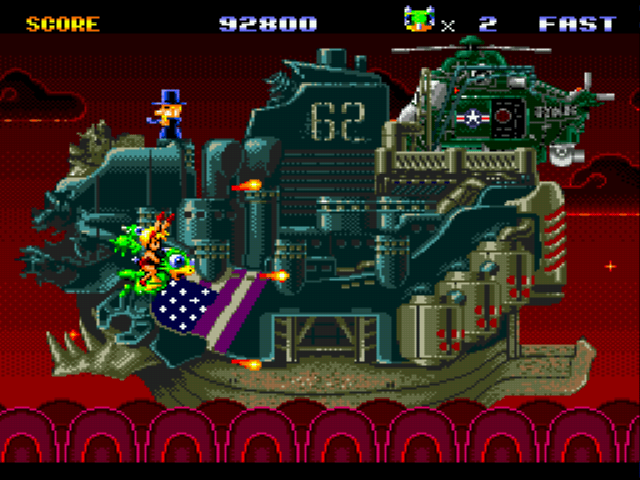 This is one of those games where you want to keep playing just to see what they will think of next. You’ll get rooster heads that fly at you. Couple of guys operating a mine cart as they try to get away from you. And just when you think the game ran out of ideas, the final boss is this cat robot operated on a mouse on wheels.

In between stages there are some nicely done animated sequences to break up the action. It’s fun to look at and gives you something to look forward to after completing a stage.

Keio Flying Squadron is a wacky game that keeps you entertained to the very end. The graphics are colorful and lively, the music is excellent, wonderful cut scenes, and some creative character designs. It’s like an anime that you wish you could watch. If they make another Air Zonk game, they should take notes from this game. This is a zany shooter that’s done right. Well, maybe not the voice acting but everything else is fantastic. 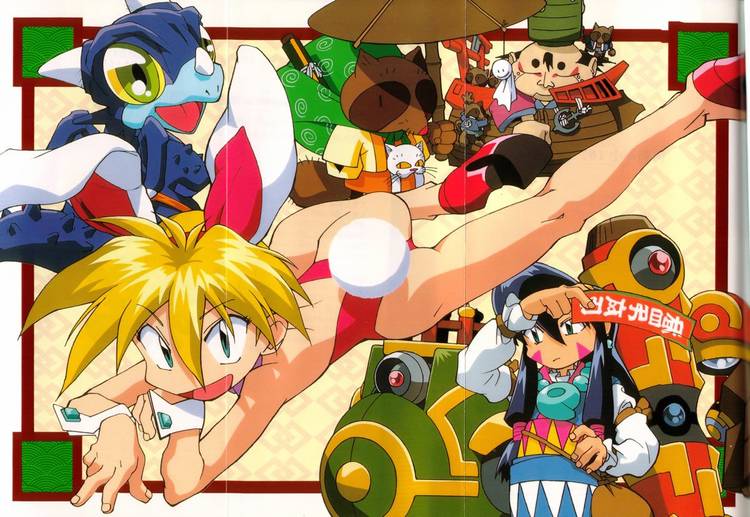