What do you need help on? Cancel X
Prev Next
Close X Dead Ops Arcade II Guide
by MKillBill
Table of Contents

The Rooms of Fate & Judgement

The section details all information regarding both the Room of Fate and the Room of Judgment. It discusses how to pick the desired fates and ensure you get the upgrades. 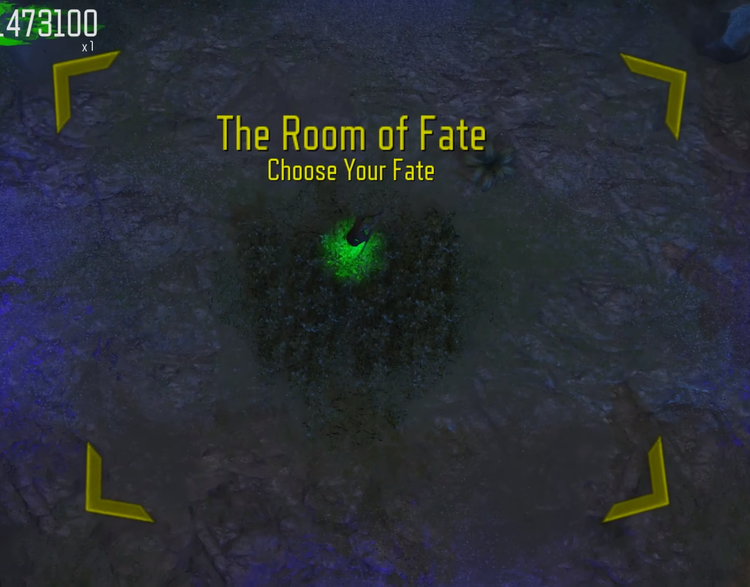 After round 19, you will encounter the Temple Fortress Silverback Challenge. Upon making it to the top and falling down the center, you will arrive at the Room of Fate (ROF). It is a standard room which drops 4 different stones in the corners of the room at random that will grant the player one of four permanent enhancements for the rest of the game. In order to receive one of these gifts,the player must walk over to a stone and wait until the power-up drops down from the sky. If they do not do this, the opportunity to receive that power-up is lost.

The fates are as follows:

Each of the 4 stones that drops in this room is shaped slightly different than the rest. If you can memorize or, at least, remember the vague characteristics of each stone, you can determine your fate in the room every single time. Below, you will find four different tables of each of the four different Fate stones. Each table shows a view of the stone in one of the four possible corners of the Room of Fate. By using this table, you can quickly determine which stone is assigned to which fate. You may notice that I have brightened up some shots of the stones. This is to assist in identifying the correct fate as the ROF is rather dark.

NOTE: If you are playing with good players (which of course, you should be) then you should make it a point to communicate to everyone which fate you would like ahead of time. This way, everyone doesn't make a mad dash for one stone. This also avoids the problem of someone randomly choosing a stone and messing up the game plan for the entire team.

Credit for the video in which I pulled the images in this section goes to XBL player "qp Derek qp." 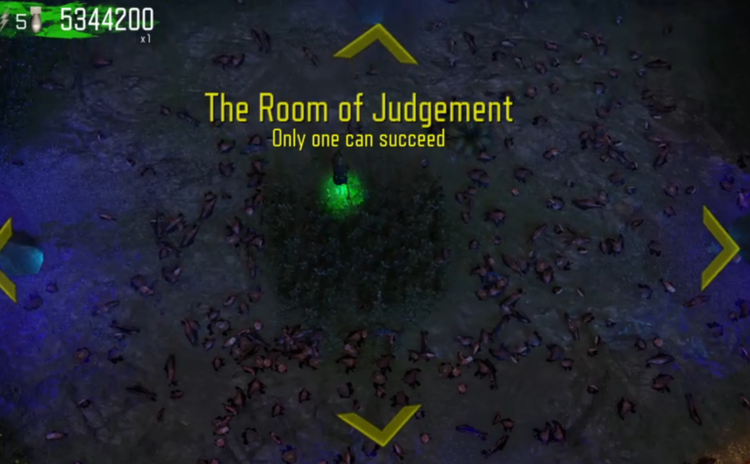 Yes, you read that right. Unlike DOA1, there are two rooms of fate. This second one, the Room of Judgement (ROJ,) appears in the Donut arena after defeating the Stone Guardian Underboss. There is a slight difference with this room though. One of two things can happen here. It is all dependent on whether or not you are found "worthy" to receive the reward. Here is what can happen if you upgrade your fate...

You receive a small trinket of gems and an extra life.

Depending on what you got in the Room of Fate, your power is multiplied as follows below:

Important Notes about the Room of Judgement

Now for the part everyone has been waiting for...

There is a definite way to determine who gets the upgraded fate in the ROJ. This word comes directly from David King, creator of DOA.

There is nothing to worry about. You are guaranteed to receive the upgraded fate in the Room of Judgement.

It has nothing to do with luck of the draw or choosing the correct rock. Instead, there are two factors at play which determine who will receive the fate upgrade.

Whichever player has the highest combination of these two factors at the time of entering the ROJ will be the lucky player to upgrade their fate. All other players will receive trinkets.

NOTE: If playing with a team, if you are absolutely sure about which person is receiving the upgrade, that person should pick last and allow all others to get their trinkets and extra lives. Once judgement has been passed, all other statues will disappear, potentially screwing players out of some free lives.

NOTE2: Many people have asked about the actual numeric formula used to determine this outcome. Through conversation with David King, the exact percentage of Stone Guardian damage VS Karma Points is heavily favored toward the Stone Guardian. This doesn't mean that Karma Points are meaningless, but by focusing on blasting the Stone Guardian you will have the highest probability of getting the upgraded fate.