What do you need help on? Cancel X
Next
Close X Weapon Guide
by AzMuch
Table of Contents 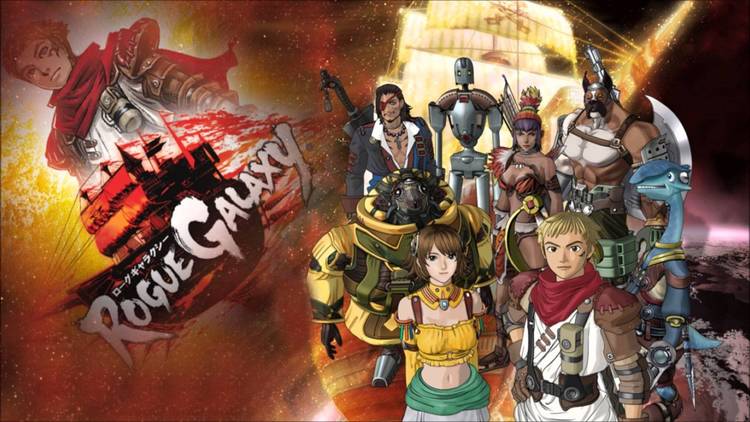 This is NOT a spoiler-free guide. While it does not describe story events, it does refer to them as they relate to the availability of new weapons.

As in many RPGs, upgrading weapons is an important part of Rogue Galaxy. In this game, upgrading is accomplished by combining two weapons through synthesis to create a new weapon. According to MaloFresk's Weapon Guide, there are 742 weapons in the game and fractalwolf's Weapon Combination Guide shows that the number of possible combinations involving those 742 weapons is staggering.

This Guide is intended to offer suggested paths to raise each character's main and sub-weapons to their highest level. It offers suggested weapon combinations for that purpose along with a chapter-by-chapter walkthrough to aid in collecting the weapons needed for those combinations. The suggested paths are by no means the only paths and likely not even the most efficient ones. If you don't want to use the weapon combinations suggested here, feel free to follow your own path. Hopefully, you may still find some of the information in the Guide helpful. The paths suggested here have been chosen with the following goals in mind:

In addition to buying them, you can obtain weapons:

The Weapon Collection Walkthrough section describes how to obtain the recommended weapons, whether by buying them or obtaining them through one of the methods listed above.

Weapons are assigned levels in Rogue Galaxy. In order to equip a weapon, the character's level (gained by earning experience through battle) must be at least as high as the weapon's level. If your level 10 character finds a level 16 weapon, she won't be able to equip it until she reaches level 16. On the other hand, if you try to go very far into the game with that level 10 weapon, battles will become increasingly difficult to win. It is best to try to keep your weapon levels close to your character levels.

Weapons also are grouped in families. There are five weapons to a family, each one somewhat stronger than the one before. The last weapon in the family carries the same name as the fourth weapon, but with a superscript character added at the end. For example, Jaster's "Edge" weapon family looks like this:

The specific superscript character is randomly selected and applied to the name of the fifth weapon in a family when you create the weapon. The Guide uses the "+" superscript for all such weapons, but yours could have a different designation (s, v, x, z, +, Σ or Ω). It is still the same weapon.

In order to combine weapons through synthesis, both weapons must be seasoned, as Toady puts it. A weapon is seasoned when its Skills bar fills. The character must be in the active party and needs to equip the weapon for 15 battles to fill the Skills bar. If you select "Stats" after selecting a weapon in the Items menu, the Skills bar will be replaced with "MAX" once the weapon has been seasoned. You can also view weapon "Stats" from the "Change Equipment" option in the Allies menu.

If you continue to equip a weapon after it is MAXed, one of its elemental attributes will increase by 1 at the end of each battle. When all elemental stats have been raised to the limit for that weapon, you will have Mastered it and it will not improve further.

Once you have MAXed your weapon, select Toady from the Items menu. He will give you the option to "Analyze" or "Combine." If you choose "Analyze" and select the weapon, Toady will recommend a weapon to combine it with. His recommendations form the Frog Log. Choose "Combine" and you can then select two weapons you want to combine. When Toady finishes munching, your two weapons will be replaced with one new (usually better) weapon.

Mio, the Galaxy Corporation receptionist, keeps track of your progress in several aspects of the game and hands out awards as you finish the items on her checklist (like completing the Revelation Flow, reaching the highest Hunter Rank, or completing the Frog Log).

For the purpose of this Guide, completing the Frog Log means satisfying Mio's requirements so she will award you a new character outfit. Thankfully, you don't have to analyze and create every weapon in the game. To satisfy Mio, you need to have Toady analyze 100 different weapons and perform 50 weapon combinations that he suggested. There are 8 playable characters, so you need to follow Toady's suggestions for 6 to 7 weapon combinations per character.

The Walkthrough portion of the Guide flags recommended weapon combinations that satisfy Toady's suggestions. Remember to analyze the weapons before synthesizing to be sure you meet the other half of Mio's requirement.

After defeating the Boss in Chapter 5, you gain the ability to track down and fight Quarries. To hunt a quarry you first need to buy the Quarry Sheet from Faye at the back of the Galaxy Corporation reception area. The Quarry Sheet will lead you to the location of the Quarry. Once there, you will find a Thinking Circle. Each Quarry has a specific meeting condition. Stand in the Thinking Circle and you will receive a hint as to the condition, usually an item you need to hold up to draw out the quarry.

Fighting these boss-like enemies is optional, but they often drop weapons and give you large amounts of Hunter Points. New Quarries become available as you progress through the story line. If the enemy drops a weapon, the Weapon Collection Walkthrough generally refers to the Quarry at the point it first becomes available. Only Quarries that drop weapons are covered in the Walkthrough.

Some weapons are awarded as prizes for winning matches in the Insectron Tournament. To win a prize, you must win 5 consecutive matches in a Tournament Rank. There are 6 Ranks (E, D, C, B, A and S). You must begin with the easiest Rank, Rank E, and work your way up winning 5 matches in each.

You can begin competing in the Tournament as early as Chapter 4, so you conceivably could win prize weapons that soon. Realistically, though, it will probably be Chapter 8 or later before you have a team of Insectors capable of winning all the matches in the higher Tournament ranks. Some players wait until post-game to compete in high-level Insectron matches because a special Insector becomes available that makes it easier.

Where weapons awarded as Insectron Tournament prizes are mentioned in this Guide they are shown as being available in Chapter 8.

About Hunter Coins and Licenses

Rather than containing treasure, some treasure chests you open will release a Mimic and thrust you into battle. Mimic chests are identifiable by a brown area around the lock. When you defeat the Mimic you will receive a Hunter Coin and sometimes other items.

At all stages of the game, Mimics have high HP and hit very hard. Early game, a safe Strategy is to set your allies to "Step Back" and fight with Jaster only. Use the Monography Shot to create a platform above the Mimic. When you jump on the platform, the Mimic takes damage. If you jump repeatedly the Mimic eventually will be defeated. The Mimic can't attack you while you are bouncing on it and will spend more time trying to get away from you and less time attacking your allies. Once you reveal Illusion Sword 2 in Jaster's Revelation Flow, Mimics are easier to defeat.

Sometimes a random encounter you enter will be a Challenge Battle rather than a normal battle. If you meet the specified Challenge (such as "finish without taking damage" or "defeat all enemies within 15 seconds") when completing the battle, you will earn a Hunter Coin in addition to usual battle spoils.

You can turn the Hunter Coins in to Mio, the Galaxy Corporation Receptionist, to obtain Licenses. These Licenses offer a discount on purchases at shops and a Platinum License is required to buy secret items.

The costs shown in this Guide for weapon purchase do not consider any discount you may receive for holding a License.

If you are looking to increase your Hunter Coin inventory, there are some things to consider. There is a Challenge Battle level cap for each area, but they are pretty generous. For example, you won't have any Challenge Battles on the Path to Burkaqua if your party's average level is greater than 23. If you don't think you have reached a level cap, try a few hard resets. I often see Challenge Battles in 3 of the first 5 battles after a hard reset.

Grinding generally is not necessary for leveling or to farm for weapons or materials. You may want to consider grinding at least enough to earn the Hunter Points for defeating your quota number of each foe while you are in that area during the story rather than returning later. You can monitor your progress on quotas by checking the Hunting Record tab in the Battle Recorder menu.

If you fight enough battles to meet the enemy quotas, you should not have trouble MAXing the weapons you want to synthesize. You also will earn some extra Zehn which will help when it comes time to buy weapons needed for weapon combination.

A lurker for years benefiting from the hard work of guide authors, AzMuch began writing guides to try to help fellow gamers and pay it forward.