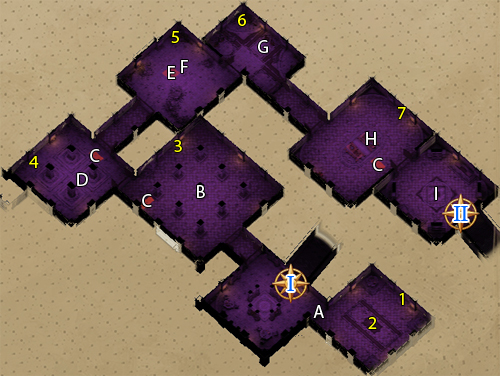 All enemies on this floor are Diseased Creatures that inflict the following diseases on hit: 1) Blinding Sickness (Fort DC 16 - 1d4 Str damage and the target must make a second Fort save if it takes more than 2 Str damage or be permanently blinded; frequency 1/day, 2 consecutive saves to cure) and 2) Shakes (Fort DC 13 - 1d8 Dex damage; frequency 1/day, 2 consecutive saves to cure). You may want to prepare some Remove Blindness (Cleric 3), Remove Disease (3), and Lesser Restoration (2) spells. 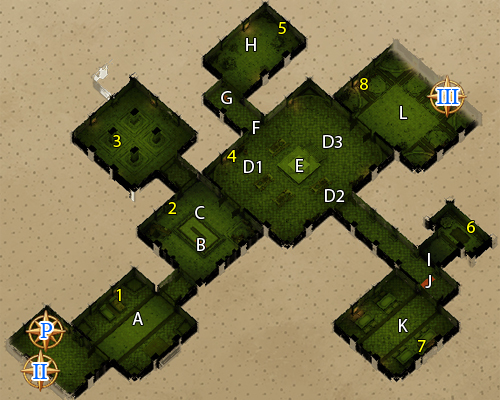 All enemies on this floor are Acidic Creatures, with acid resistance 20, +4d6 acid damage on attacks, and attacks that can inflict the sickened or nauseated conditions on hits (Fort DC 17). I recommend using Resist Acid, Communal (3) while on this floor. 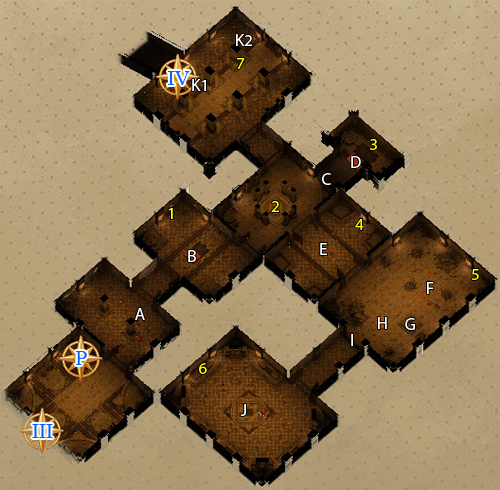 All enemies on this floor are Fiery Creatures, with fire resistance 20, +4d6 fire damage on attacks, and attacks that fatigue or exhaust targets on hit (Fort DC 20 to negate). I recommend using Resist Fire, Communal (3) on this floor. As a note, the game treats the extra fire damage as an extra source of damage for the enemy’s weapon enhancement bonuses and additional effects. 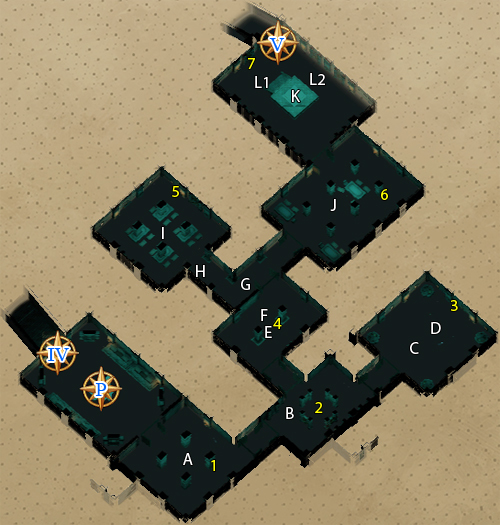 All enemies on this floor are Battering Creatures, which means that they can use various combat maneuvers like bull rush or trip on the targets of their attack. It may be worth casting Enlarge Person (1) on your tank to improve their Combat Maneuver Defense (CMD).

V: You will not be able to advance further at this time. Return to the Capital for now and come back the next time you're told to return, after completing the Act 3 main Quest: the Season of the Bloom.