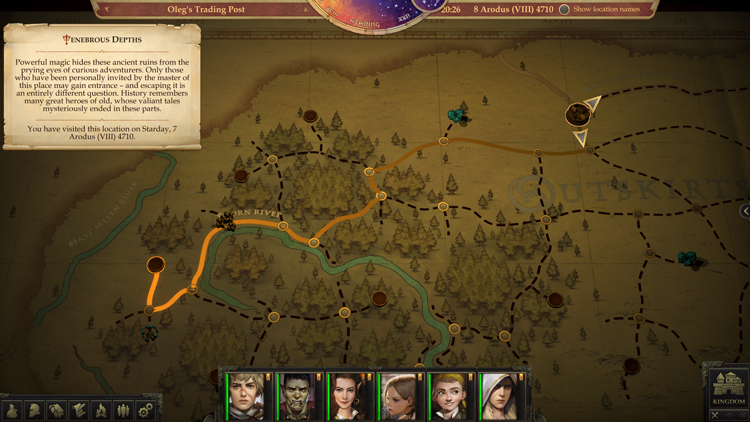 The Tenebrous Depths is the portion of the Beneath the Stolen Lands game scenario that appears in the main story. It becomes available at the beginning of Act 2, approximately 15 days before the deadline set by the Quest: An Ancient Curse.

This is a dungeon that has 4 sets of 4 levels (for 16 total levels) with a named boss on the fourth level of each set (floors 4, 8, 12, and 16). Each set of levels will unlock upon completion of the Ancient Curse line of quests, beginning with the first Ancient Curse quest. You should be able to handle the first set of floors with an 8th level party if you are comfortable with the combat system or with a 9th level party if you are not. 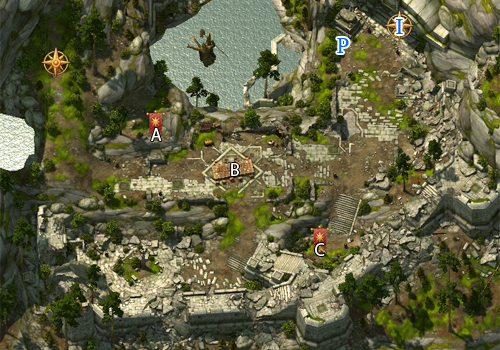 There are a couple of differences from the Beneath the Stolen Lands scenario. First, while the other scenario only allows you to rest after you complete each floor, you can rest as many times as you want in the main game (though only once/day as with normal resting). Second, Xelliren and the Honest Guy have fixed item lists in their shops in the main story and don’t offer nearly as good gear as their counterparts in the scenario. Third, you can’t recruit new NPC companions and you don’t have access to your stash or completion records in the main story. Fourth and most importantly, unlike in the Beneath the Stolen Lands game scenario, the dungeon floors in the main game are not randomly generated and are instead preset maps with fixed encounters and treasure.

While exploring, you may see map geometry on the in-game map that suggests that there would be hidden rooms that are not displayed on my map. To the best of my knowledge, those are just map artifacts and there are no other rooms. I’ve confirmed this by bringing in a high level party with Perception buffs and gear to wander around to try to search for additional rooms. No dice.

Exits to the Tenebrous Depths

P. Portal - Beginning on the 2nd floor, you will find a portal near the entrance room, which will allow you to return to the surface. You can return to the floor where you last entered the portal by clicking on it at the surface.