Settling Regions During Acts 2 and 3

You will be able to claim and settle the South Narlmarches after you complete the Quest: Troll Trouble (400 BP). You can claim the Kamelands after you reach Loyalty Rank 3 (275 BP), the North Narlmarches after you reach Community Rank 3 (225 BP), and Silverstep after you complete the Quest: the Lonely Hunter (375 BP). I recommend settling these areas ASAP, as each of the Settlements in those regions will have one or more Artisans who will start to give you magical items.

Once you’ve claimed a region, you should place a Settlement for 50 BP. You can pretty much place Settlements at any crossroad in the Region that doesn’t already have an area. There are a couple of things you might want to consider for Settlement placement. 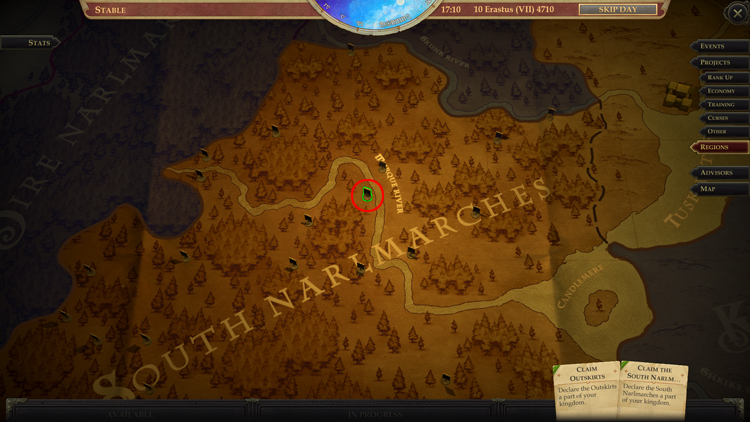 I like this location since it’s about 1 day from the capital and since it’s reasonably close and accessible to other areas in the Region. It has the following layout: 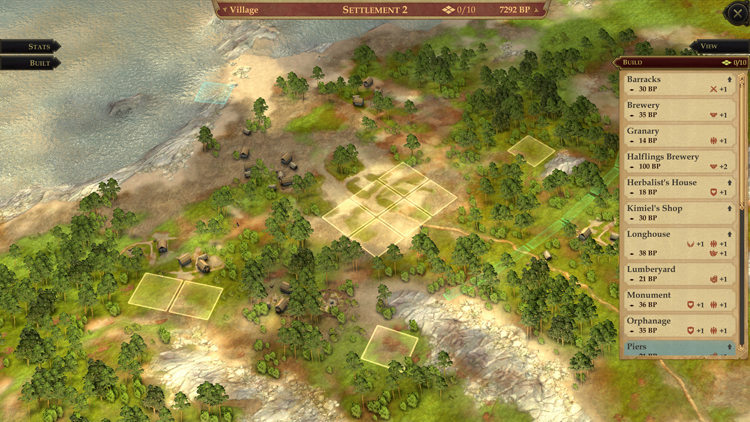 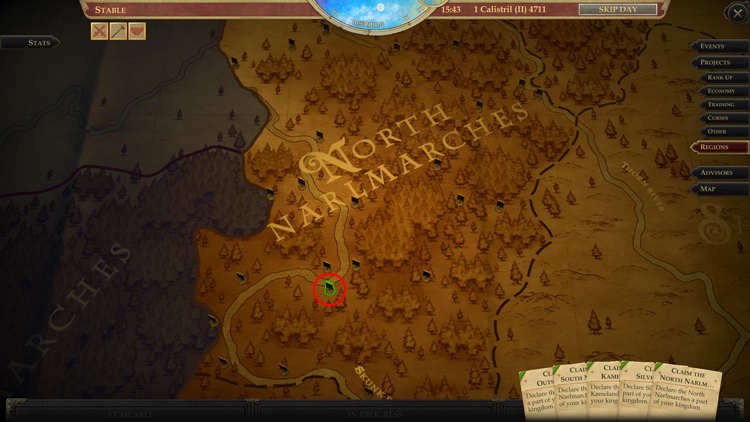 I like this location because of its accessibility to the capital and the other areas in the region. Though there are a lot of good options, and the spot closest to the Tenebrous Depths is arguably a better spot in terms of future accessibility into Glenebon. It has the following layout: 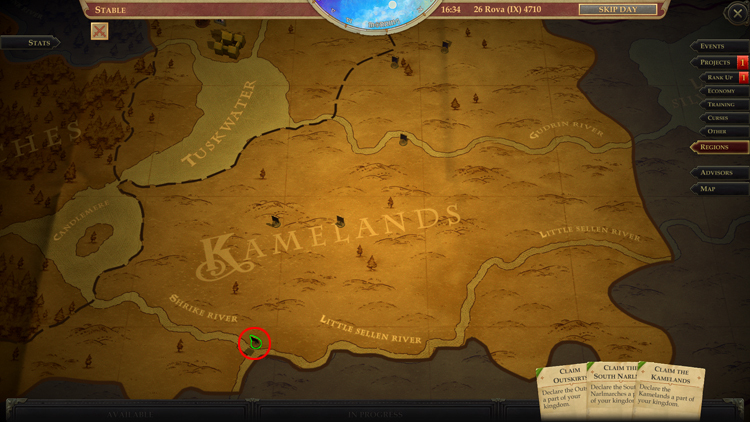 I like this location since it gives good access to the southern lands once you get the ability to teleport between Settlements. It has the following layout: 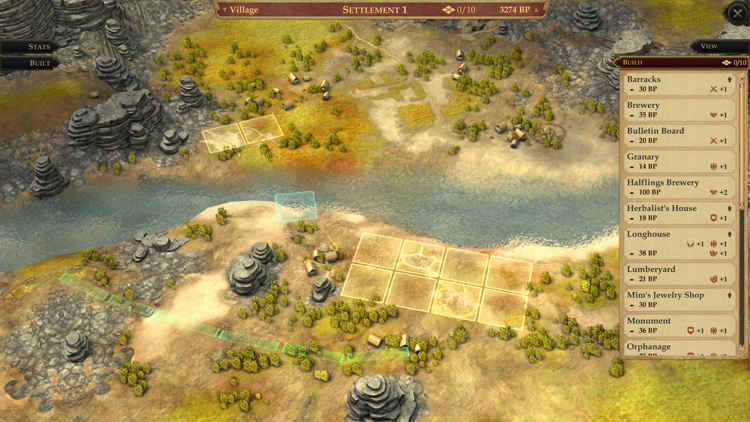 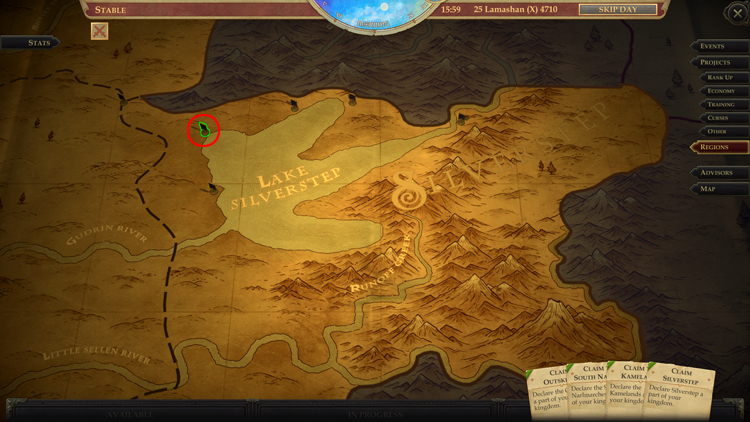 I like this location because it’s not that far away, has convenient road access, and has access to the water. You could alternatively go to the far eastern point, but I don’t think you’ll get enough use out of that point as a teleportation spot to be worth the distance. It has the following layout: