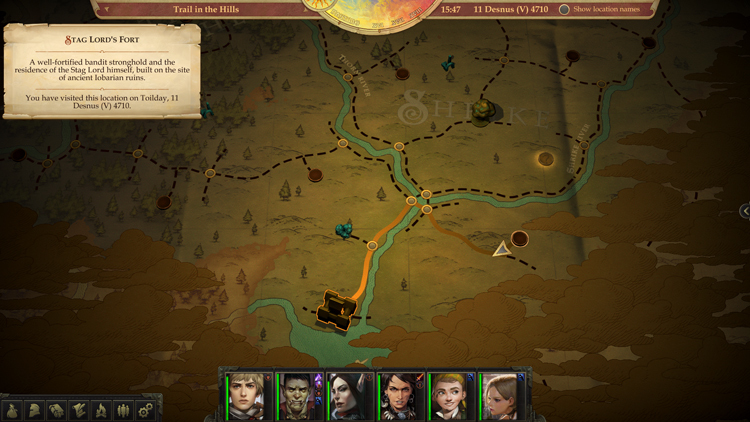 You can’t hunt in the area, but you can rest with rations. You could alternatively step outside the area and go to the world map if you want to hunt.

I. Outside the Fort 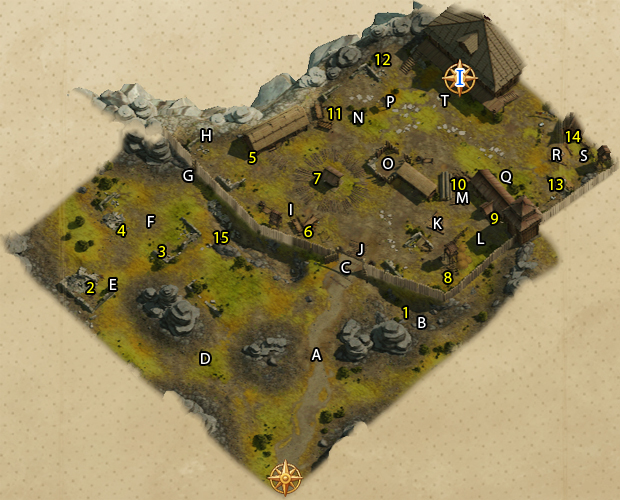 II. Inside the Fort

III. Inside the Stag Lord’s Keep 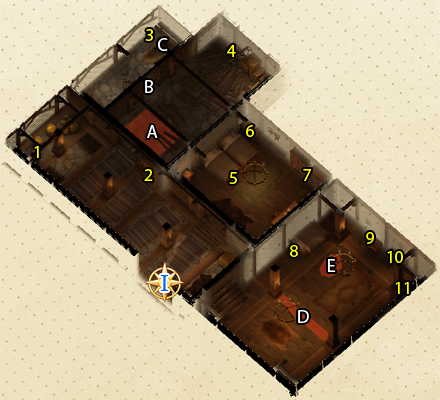 Once you’re finished here, you should return to Oleg’s Trading Post to sell the loot. Make sure to stop by Nettle’s Crossing on the way back to turn in the Quest: Riverbed Nightmare. You'll get 300 exp and a Shortspear +1 for completing that Quest. You may need to pick up more Fangberries on the way if you didn’t stop back at Oleg’s after the Fangberry Cave.

I don’t recommend traveling with heavy encumbrance, as that’ll needlessly slow you down. You should give yourself a bit of leeway in your encumbrance and you may need to rest on the way back, especially if you stopped by Nettle’s on the way. Items left behind on the Stag Lord's Keep map will be lost after you finish Act 1. If you really want to sell minor items like heavy armor, I would recommend dropping them off at the Old Sycamore (or making a trip or two back and forth between the Stag Lord’s Fort and the Old Sycamore), as your barony’s capital will be built on the same place as the Stag Lord’s Fort and will have stores.