I recommend bringing Jubilost with you to this area. It’s not necessary, but he has some nice character-specific dialogue.

A lot of enemies in this area have poison, so I strongly recommend using the spell: Delay Poison, Communal (3). Many of the enemies also start off stealthed or invisible, so See Invisibility, Communal (3) can also be very helpful.

Depending on the amount of side areas you’ve hit to date, you party may reach 11th level on this map. 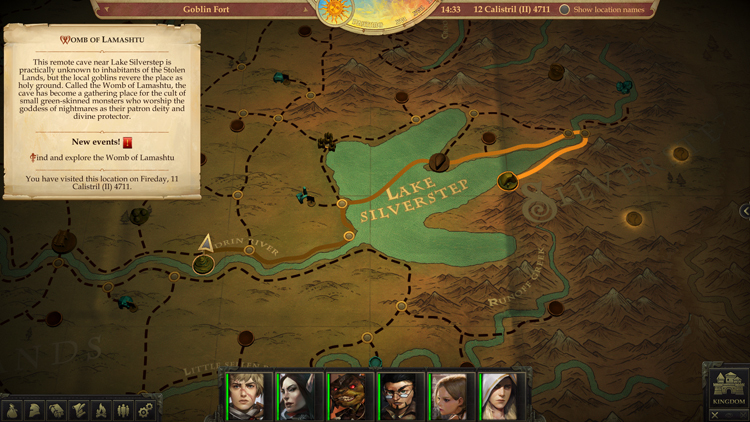 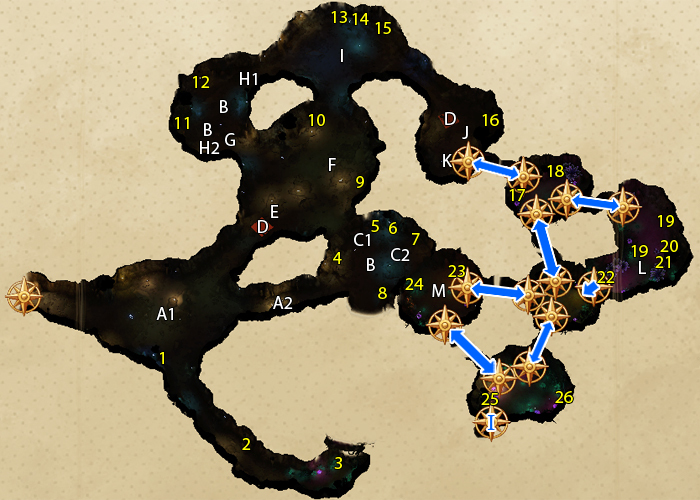 I. Leaving through the exit starts a story book event. Picking option 1 on the first page will give more narration than option 2, but both choices lead to the same place.

There are multiple versions of the map. You can switch between the maps by walking into the aqua fog while the Magical Lantern is turned off. Some paths are one-way. In those cases, I mark the exit with a *. For example [6] goes to [6*] but [6*] does not go to [6].

If you’ve claimed Silverstep, this area will count as part of your territory for any Kingdom Projects you may have completed that give you in-game benefits (such as the Divine Protection from Poison) and for purposes of the main character’s special role while resting.

Hunting in this area during rest: Lore (Nature) DC 27. 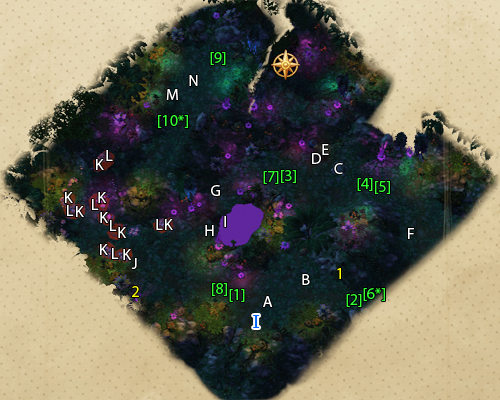 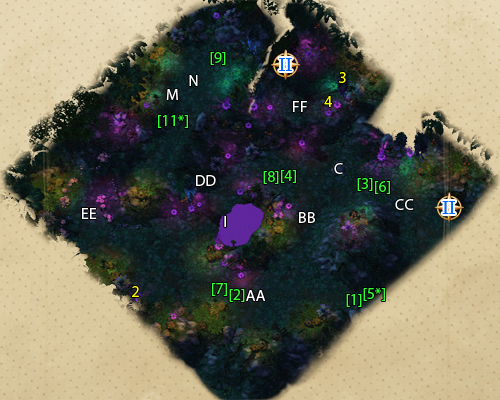 II. The entrance to the area with Event FF requires a Perception DC 25 check to spot. 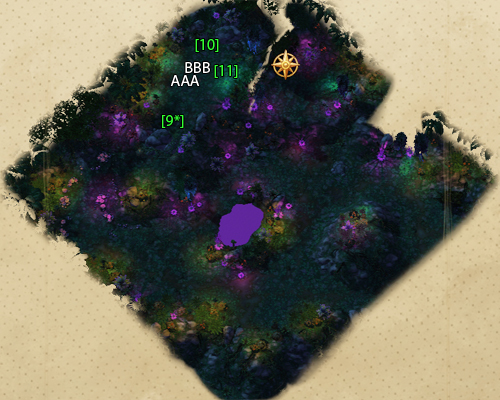 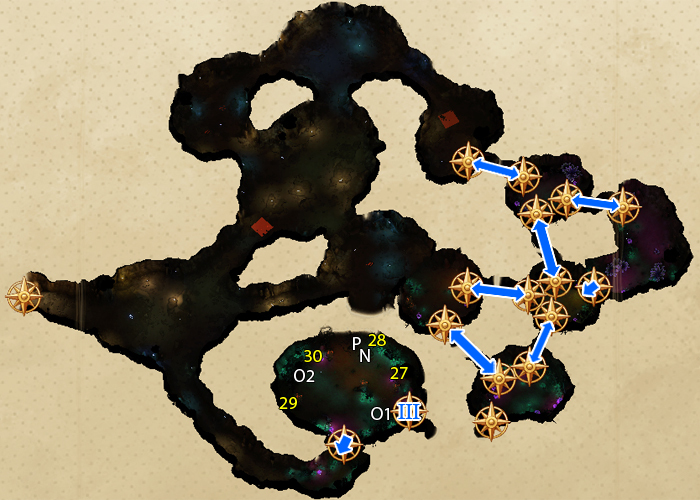 I have deleted all of the events from the prior map for clarity. Any encounters or treasure you previously skipped will still be there.

You may encounter a bug where the screen will show pure darkness when you return to the Womb of Lamashtu. If this happens, it means the camera isn't centered on your party. The easiest way to find your Second Team is by going to the map (hit the “m” key) and finding your party.

Leaving the Womb of Lamashtu

Return to the Capital once you’re done here.