I recommend not completing this area until Willas Gunderson visits your throne room (approximately 36 days before the Ancient Curse, Part 2). You can still complete the area if you don't wait, but you'll miss the 900 exp reward. 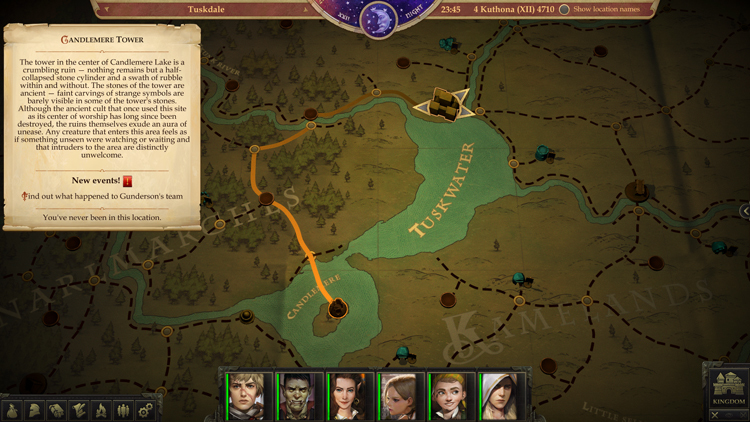 Hunting in this area during rest: Lore (Nature) DC 25. 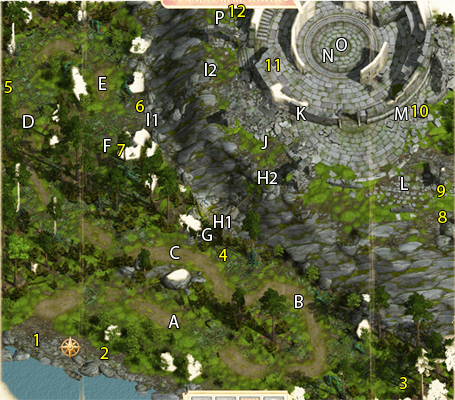 After dealing with Rismel, one way or another, speak to Willas Gunderson at the capital tavern to complete the quest and get 900 exp.

You have a number of conversation options after you tell him the fate of his hired adventurers. 1) You can tell him that the curse exists (NG moral choice), 2) tell him there is no curse (N moral choice), or 3) say you don’t care (NE moral choice). Each of these three choices gets you 1,500 gold as a reward. 4) You could alternatively make a Bluff DC 28 check to convince him to give you 3,000 gold to purify the area (360 exp). If you’re Chaotic, you can 5) tell him that the world’s full of strange things and that looking for consistency is a waste of time (CN moral choice), and Willas will give you 1,500 gold and a Ring of Protection +1 as a reward. This counts as one of the three special Chaotic choices you need to make for the Achievement: They Call Me Unpredictable. You will get these same options if you completed this area before Gunderson appears in your throne room, though you won't get the additional 900 exp from Gunderson.