This is a scripted random encounter that you can run into while wandering the forested areas of the map, rather than a fixed area. I believe this is set to be the first random encounter you face in the forested areas of the map. You are likely to come across this encounter if you go 1) SW, 2) W, 3) SW and walk back and forth along that road or if you head toward Oleg’s from Thorn Ford by going: 1) N, 2) N, 3) NE. 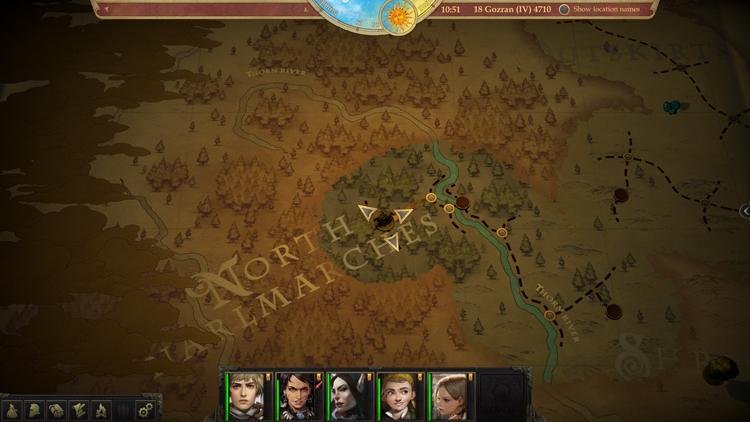 The Technic League demands one of your characters as a replacement slave for one that they lost. You can fight (LG, CN, CE moral choice) or pick option (2) and decide there’s too many of them and listen to their demands. While you can try to offer yourself (NG moral choice), they won’t accept, and you’ll be forced to give up a companion (NE moral choice) or attack (LG moral choice). If you fight, the combat will end if any of your companions would be killed, with that companion being captured instead—unless you defeat Kalannah first which will turn this into a standard battle to the death against the remaining foes. 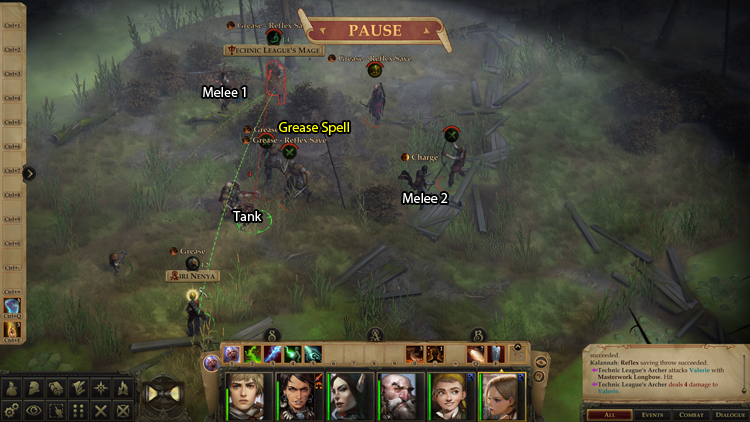 The Companion Quest: Hand of the Technic League will begin if a companion is captured or if you defeat all of the enemies. If one of your companions is captured, you will lose that character until they are rescued from the Technic League. Regardless of whether you won the battle or not, a storybook event will start when you leave the area. The event differs on whether a companion was captured or whether you successfully fought them off.

If a companion was captured:

If you defeated the Technic League:

Regardless of whether you succeed or fail on the option 3 check, you will discover the Technic League Encampment.