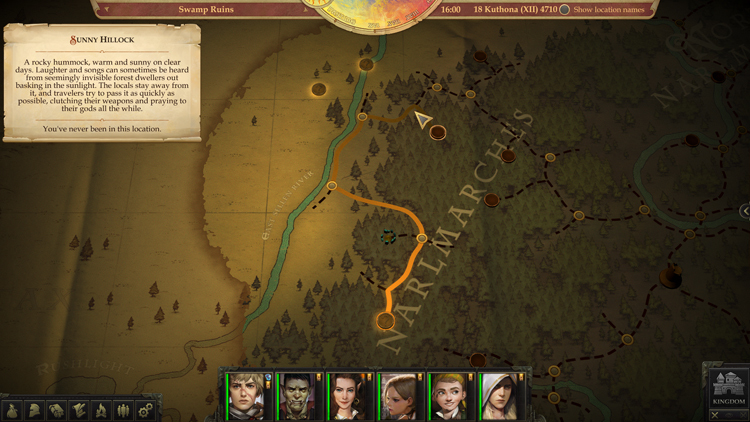 Hunting in this area during rest: Lore (Nature) DC 26. 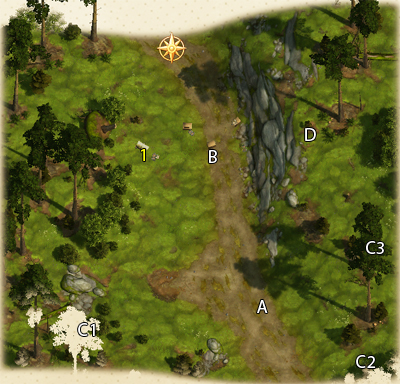 If you saved the Merchant, he’ll give you 562 gold and you’ll gain 270 exp after the situation with the Nereid is resolved. He won’t be around to give you this reward if you chose to knock down the tower (CE moral choice). If you told the Nereid about the permanence of death (option 1d), the merchant will also give you a Ring of Protection +3 that he finds in his pocket. You won’t get the ring if you convinced her to undo her prank with a Diplomacy or Intimidate check. If the Nerieid undid her spell (either because you convinced or intimidated her into doing so), you’ll get access to Treasure #1.

There are a number of other areas in the Dire Narlmarches that you can access at this time, including the Rill-and-Spill, the Dappled Quagmire, and the Baneful Bog. I recommend avoiding them for now, since they’re significantly more difficult than the other areas in the Dire Narlmarches (though they may be doable if you’ve got the right strategy and are willing to reload as necessary). These areas are covered in my Act 4 guide.

I recommend returning to the Capital and stopping by the Verdant Chambers along the way, if you haven’t already killed all of the remaining enemies there.