B. An Amusement for Nobles

Some of the enemies in the upcoming area use poison attacks, so I recommend bringing a spellcaster who knows Delay Poison, Communal (3). Amiri and Ekundayo are thematically appropriate (since it’s a hunt), while Linzi will get you a few more dialogue options with one of the NPCs. Some of these encounters may be difficult if you’re not level 9 by this point. 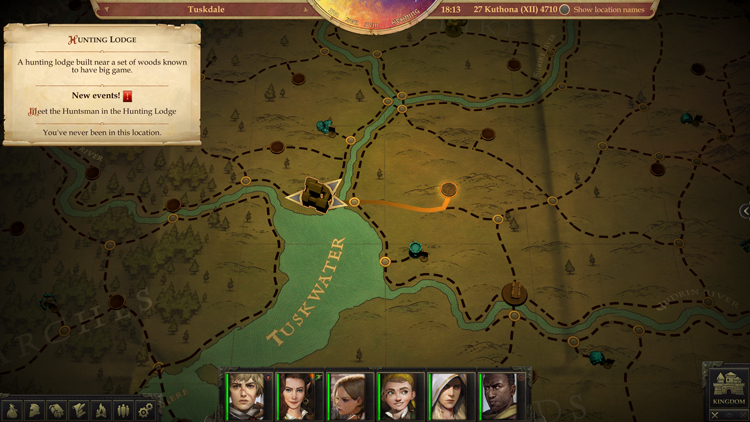 As soon as you enter the lodge, Jamel Visser will announce the hunt. There are three primary monsters and a prize for the team who beats two or three of them. You’ll have a chance to examine each set of guests. If Linzi is in the party, she’ll have some flavor text about the guests from Pitax. 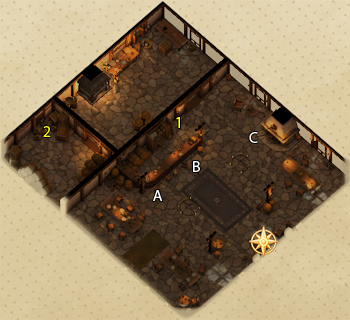 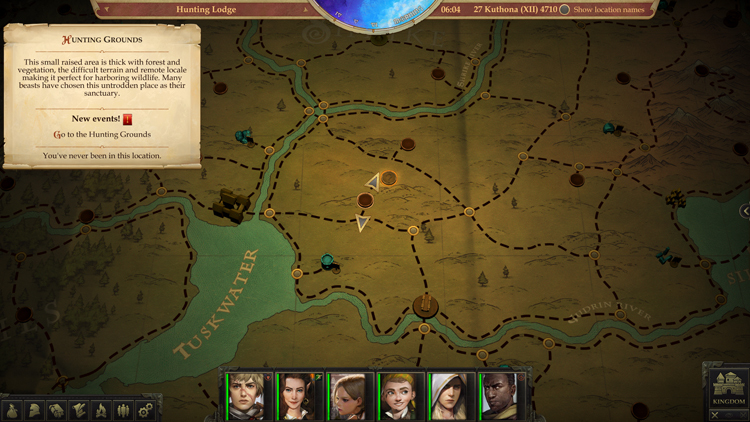 Hunting in this area during rest: Lore (Nature) DC 22. Resting won't automatically cause you to lose the hunt, unless you take more than 1 day. 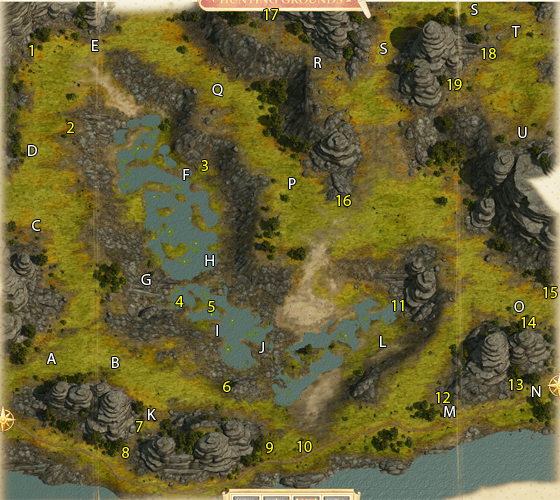 There are three special targets on this map. They are the Greater Owlbear at Location E, the Poisonous Hydra at Location I, and the Ancient Wyvern at Location T. Kill two of them to win the additional reward.

This encounter only triggers if you killed the Embeth Travelers to take the Wyvern’s Head or if you demanded the prize even if you lost. 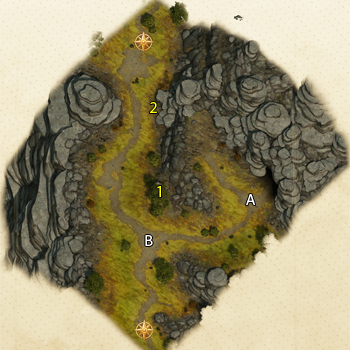