The first time Varrask brings you an item, he’ll tell you that he could give you something more impressive with your help, and he’ll ask you to come by the Kamelands Settlement. If you speak to him at the Settlement (180 exp), he’ll ask you to find a metal called Inubrix. He recommends looking in a Technic League camp. This will begin the Quest: Obliteration. 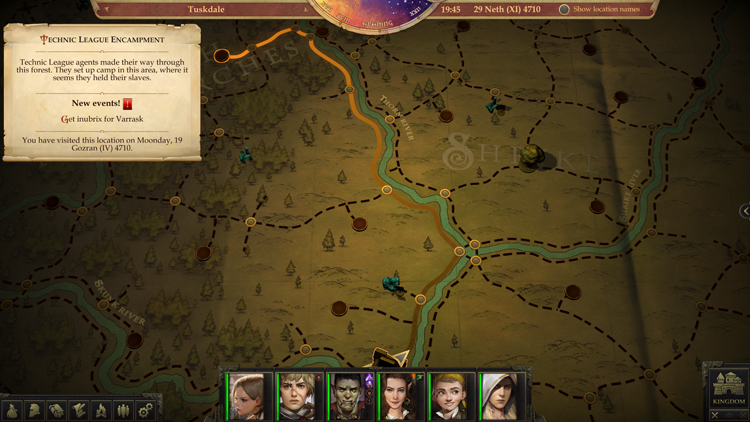 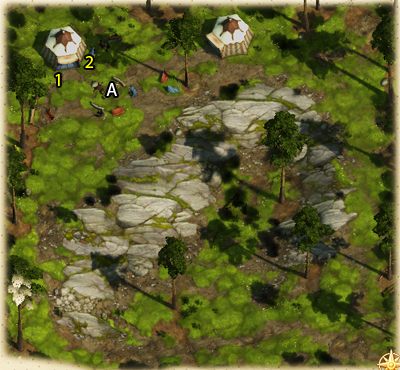 A. Bandit Transmuter (Wizard 7), Bandit x2 (Fighter 8), Bandit x2 (Rogue 8). The Fighters are archers, while the Rogues are two-weapon melee fighters. This shouldn’t be a particularly difficult encounter. The Transmuter carries a Masterwork Light Crossbow, the Fighters carry Composite Longbows, and the Rogues each carry 2 Masterwork Daggers and a Ring of Protection +1.

Give the Inubrix to Varrask (180 exp). He’ll tell you that he needs the blood of his enemy, a three-fingered witch who slew his family. She’s located at the Secluded Lodge.

I am omitting all of the treasure that was previously listed, except for Treasure #8, since it's in her room. You can find the prior events and treasure at this page. 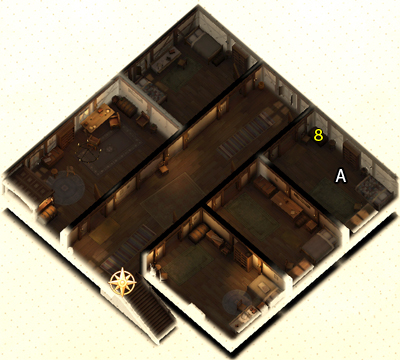 Bring the Blood of the Murderer of Varrask’s Family to Varrask to complete the quest (600 exp).