The first time Mim brings you an item, she’ll ask you to visit her at her workshop and to grant her two more wishes (since you already gave her an Emerald for her first wish).

The next time you return to your throne room in the capital, Linzi will inform you that Mim has gone missing and was last seen heading toward Talon Peak (180 exp). You’ll be on a deadline once this throne room event occurs, and you’ll have 14 days to go to Talon Peak or you’ll fail the quest and lose Mim as an Artisan. As such, you might want to hold off on giving Mim the Kyonin Berry Wine or Elven Absinthe if you’re too close to the next Ancient Curse deadline.

Travel to Talon Peak. It's on the way to Varnhold, and the opposite direction from Sorrowflow after you cross the Crooked River. I recommend stopping by and completing the areas Arbor Rock and Hilltop Trail along the way. 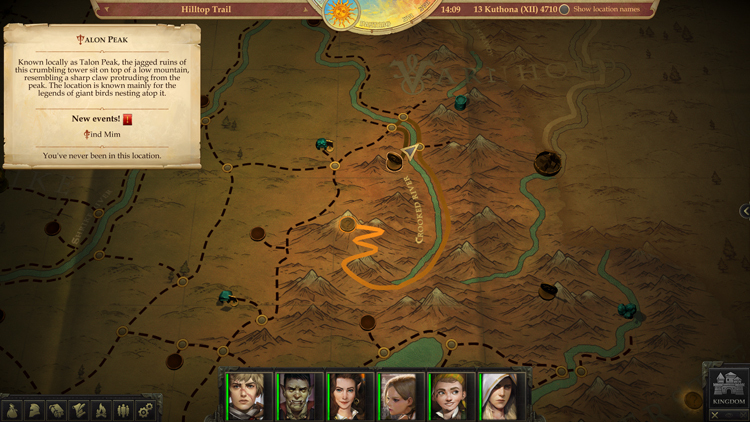 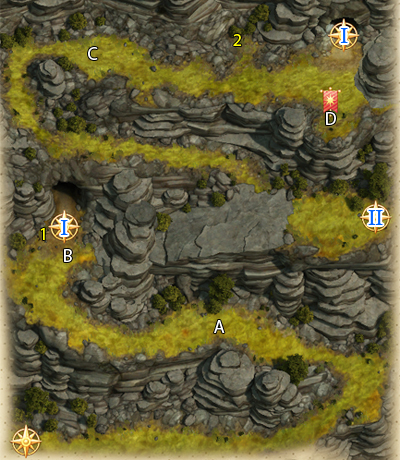 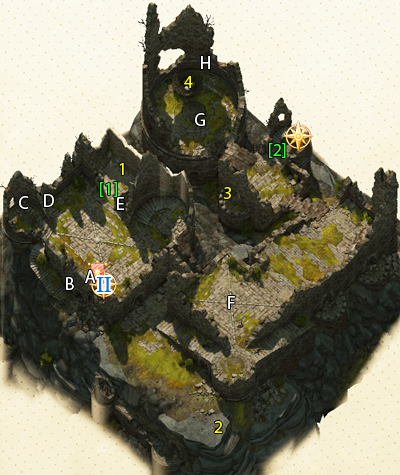 Hunting in this area during rest: Lore (Nature) DC 22.