This page lists all of the events that happen during the period of An Ancient Curse, Part Two up to the start of Act 3. You'll have 193 days until the deadline for An Ancient Curse, Part Two, so this is a good time to go exploring, finish side areas, claim Regions, Rank Up your kingdom stats, and complete one or more Curse Projects. The Curse Projects tie up your High Priest or Magister for a long period of time and don’t give much benefits for most of the game, but you’ll want to make steady progress on these to get the best ending (and to unlock Act 8).

I've included a list of recommended adventuring goals as well as links to the pages for each individual area. You don't need to hit these in any specific order, but I've set them out in a way that makes the most sense to me based on difficulty and efficiency. Please don't feel like you need to or should deal with everything listed below, before the start of Act 3. Act 3 takes place in the same regions as Act 2, and you're really not expected to finish all of the side areas and quests before the start of Act 3.

Completing Troll Trouble lets you claim the South Narlmarches for 400 BP by completing the Region project and build a Settlement for 50 BP. Although this is expensive, you should have enough money after exploring and looting the Dwarven Ruins. I recommend claiming the region ASAP, since that will let you get those Artisans that much faster (and start getting gifts) and it will also let you access kingdom management while adventuring in that region.

You'll have three villages after building a Settlement in the South Narlmarches, which will allow you to upgrade your capital to a Town. You need to have 6 completed buildings in the capital to upgrade it (walls, piers, and lighthouses do not count). Once you've met those two requirements you can complete the upgrade through the Project: A New Phase in the Life of Your Capital (100 BP cost, Regent/Councilor/Treasurer, requires 7 days). This will earn you more BP per week and allow you to build more advanced buildings in your Capital. It won't have any physical effect on the Capital though, and all buildings/people will remain where they were when it was a village. So I suppose it's more of a status/administrative thing than anything else.

You can claim and settle the Kamelands (by reaching Loyalty Rank 3), the North Narlmarches (by reaching Community Rank 3), and Silverstep (by completing the Quest: the Lonely Hunter at Silverstep Village). As with the South Narlmarches, I recommend claiming and settling these regions ASAP, as each of the Settlements in those regions will have one or two Artisans. Settling all three regions will allow you to upgrade another Village to a Town. I’ve added separate pages with suggested Settlement locations as well as information on each of the Artisans and their related quests. I'd recommend looking at my Kingdom Management Guide if you’re interested in more detailed information on each topic. 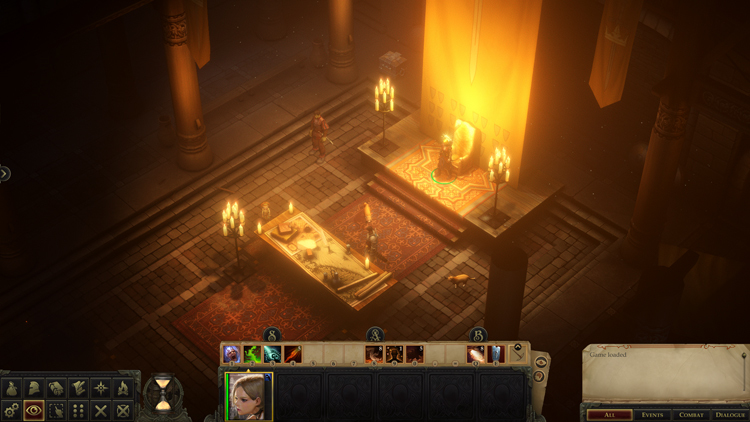 There may be some slight randomness/variation to when the following events appear, but it’s pretty minor if it exists. The listed days are when they appeared in my game. You generally have a few weeks to a few months after the throne room event to complete the related quest, so you don’t feel like you need to handle them immediately, but you shouldn’t completely forget about them. Most NPCs who come to you for help can be found in the capital tavern after the throne room event, and you’ll usually need to go speak to them there to complete their quests. The Artisan quests and side areas that appear on the map generally do not have a deadline and can be handled at any time. As always, these deadlines reflect the number of days listed in the journal, omitting any remaining hours.

14 days before the deadline for An Ancient Curse, Part Two, you will be told to go to the Bald Hilltop. This will also trigger the kingdom Problem: Rotten Beasts (Regent, General, or Treasurer). While it says that it’s a DC 15 to solve, I don’t believe it’s actually possible to fail this event as long as you assign an Advisor to the event and start it. You should handle this ASAP, since your barony will suffer Community -2, Military -2, and Economy -2 every two days that it goes unaddressed, and a total loss of Community -19, Military -19, and Economy -19 if you fail to deal with it by the deadline.

Act 3 will begin on the Ancient Curse, Part Two deadline itself.

This is a list of the following activities you can do beginning in the second half of Act 2. Many of these events are unlocked through throne room events listed above.

You probably won't complete (or even start) some of these during Act 2 and will only get to them after completing the main quest in Act 3. That's perfectly normal and expected! You'll have time, so don't feel like you need to rush to complete them all during Act 2. 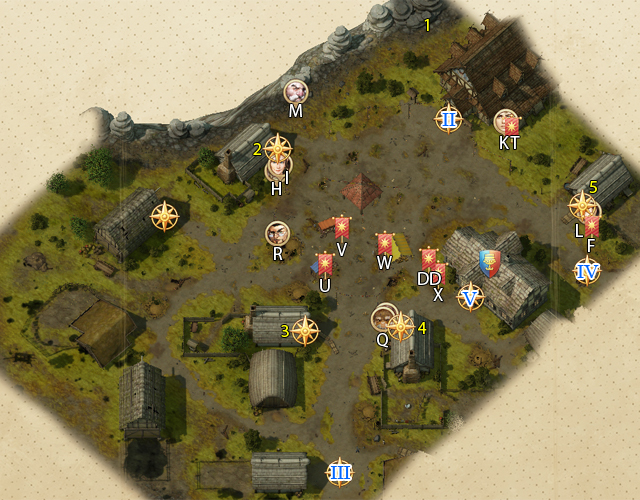 The full list of people can be found at the prior pages for the capital.

Both Ekundayo and Jubilost appear in your throne room if you appoint them to be Advisors.