The first thing you should do is reorganize your party so that the melee characters are at the front! It's also worth changing Amiri’s armor from her hide armor to the breastplate you found in the armory, since it will offer significantly better protection and improve her survivability. You may also wish to switch Valerie to the Masterwork Longsword and have Amiri use Valerie’s Masterwork Bastard Sword to improve Amiri’s chance to hit in the early game. Then go west. 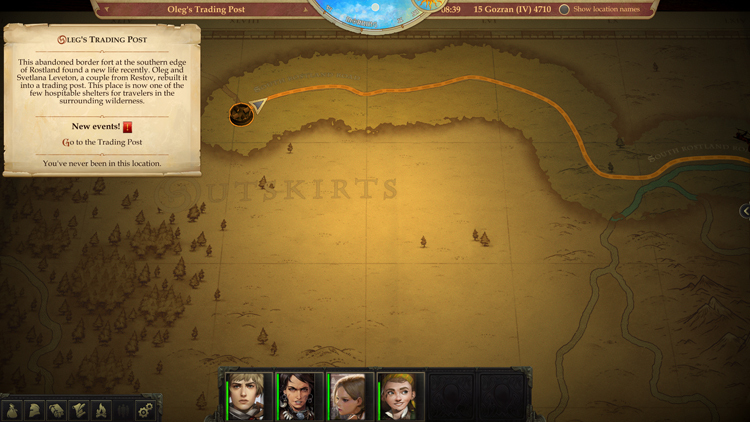 You can make it to Oleg’s without getting fatigued if your party is only moderately encumbered. If you grabbed all of the armor, then you will likely be heavily encumbered and may need to rest before entering the area.

There is a mandatory “random encounter” involving 3 Thylacines along the way. They aren’t hard if your party is organized to have your melee characters front and center.

Hunting during rest on the overworld map requires a Lore (Nature) DC 15 check. 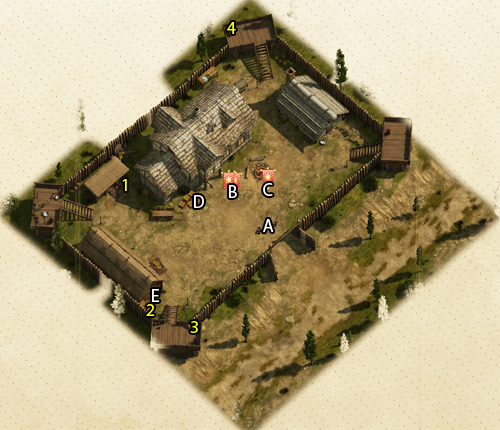 Once the Trading Post has become your home base, you can interact with your companions by speaking to them. Resting here will always take 8 hours, does not require rations, and removes the Death's Door condition; however, you cannot cook while resting. The Death’s Door condition is a condition that your characters will get instead of dying if you're playing on Normal mode; a second "death" will result in actual death, which can only be reversed by a cleric or a scroll of Raise Dead. 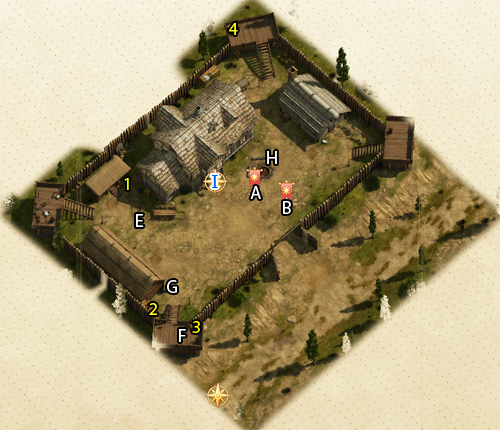 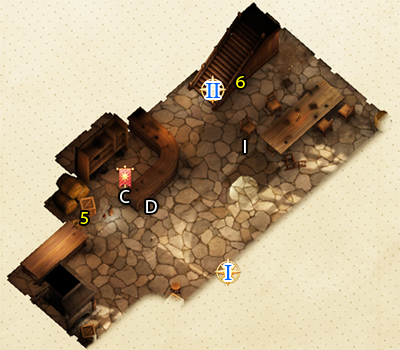 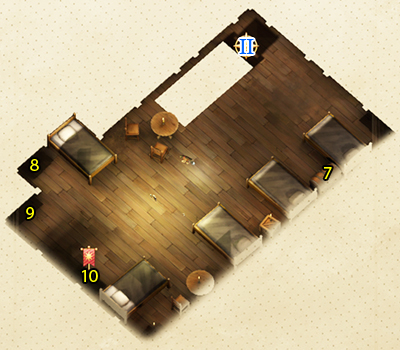 Your NPC companions can be found located around the Trading Post. Most of them have at least one moral choice in their conversations, which I will point out. You might want to save those choices for later in the game, in case you want to try to adjust your main character’s alignment.

Once you leave the map, you’ll be on the world map. You’re free to explore as you wish, but I recommend addressing these areas in the following order to avoid unreasonably difficult encounters. Don’t bother going to any of the greenish blue Resource locations for now—there’s nothing you can do there until you found a kingdom during Act 2.

I would recommend ignoring the Fangberry Cave and heading to Nettle’s Crossing for now. The Fangberry Cave has spider swarms that are unreasonably difficult at level 2. While traveling, you will meet up with a strange old man named Remus. He will reveal the Ancient Tomb location (gain 45 exp).