The Stag Lord’s Fort will be revealed the next time you return to Oleg’s Trading Post after completing both the Old Sycamore and the Temple of the Elk. You will have an encounter with the Guardian of the Bloom if you rest.

Make sure not to sell the Emerald if you picked it up at the Old Sycamore, and put it in your Stash (unless you’ve already stored one for the future). The Emerald will be included in the items selected by the “Offer” button, so make sure to take this one out! Also, do not sell the Book: “Of Transmutations & Bodily Poisons, Part I”, as you will need it later.

Oleg will sell a Full Plate +1 for 2,650 gold. It’s worth buying this for Valerie, since it will be a significant upgrade for her and better than any heavy armor you’ll find for a while.

Level up Octavia and make sure to have her learn the Burning Hands (1) spell if you haven’t gotten that scroll already. You’ll want to have her prepare a number of copies of that spell for the enemies in the Fangberry Cave. 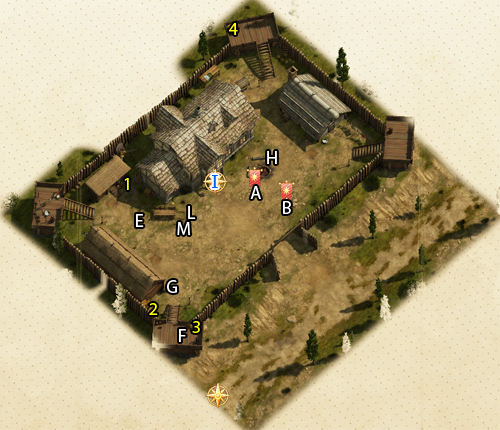 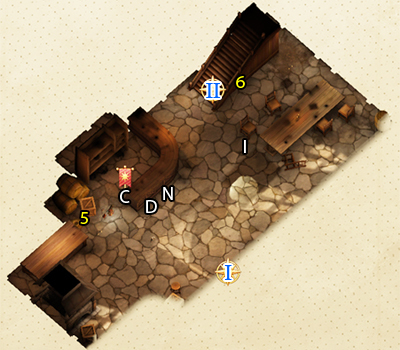 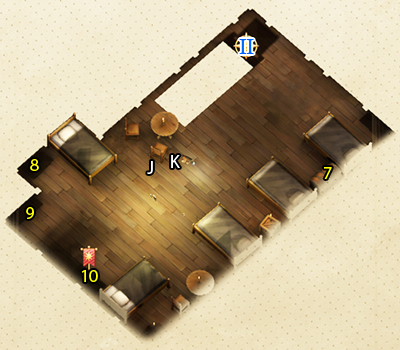 The treasure for this area is located at the first page for Oleg's Trading Post.

I recommend doing some side areas next before heading off to the Stag Lord’s Fort (or the Temple of the Elk if you went to the Old Sycamore first), including: 1) Endless Plains, 2) Fangberry Cave, and Riverine Rise. If you finished the Old Sycamore before going to the Abandoned Hut, stop back at Oleg’s and rest after finishing Riverine Rise and before going on to the Abandoned Hut. Otherwise, you can just keep going south.

Bring Octavia with you to the Fangberry Cave, since she’s one of the few characters who can do damage to swarms, and also bring a cleric with multiple copies of Restoration, Lesser (2) prepared. Linzi can also be useful since some of the enemies there have high ACs. I would also recommend bringing a number of Alchemist’s Fire and Acid Flasks for the swarms.