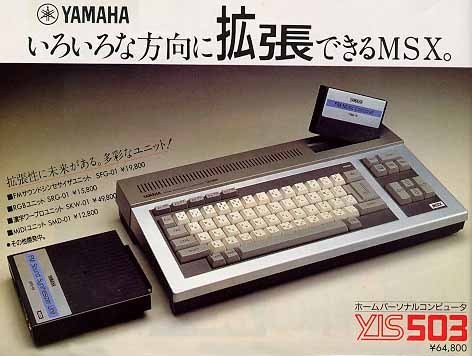 Box shots for this game contributed by Blk_Mage_Ctype.

Kazuhiko Nishi's standard was built around the Spectravideo SV-328 computer. The hardwarw consisted primarily of off-the-shelf parts; the main CPU was a 3.58 MHz Zilog Z80, the Texas Instruments TMS9918 graphics chip with 16 KB of dedicated VRAM, the sound and partial I/O support was provided by the AY-3-8910 chip manufactured by General Instrument (GI), and an Intel 8255 Programmable Peripheral Interface chip was used for the parallel I/O such as the keyboard. This hardware was chosen to further insure compatibility because it was being used by many other home computers and games consoles of the time such as the ColecoVision home computer, and the Sega SG-1000 video game system.