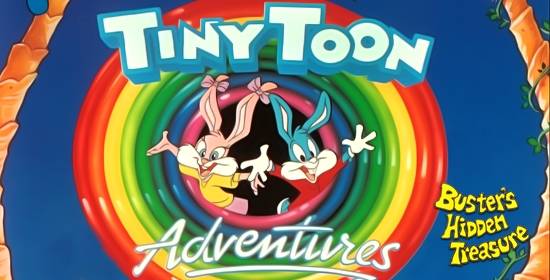 Ok, so I was a huge fan of Tiny Toon Adventures and having the show released on several video platforms is a dream come true for the kid in me. The NES games were really good, the SNES version is terrific, and then I hear how great the Genesis version is. I ended up owning it but it’s nowhere near as good as the SNES one and even though it has its high points, it ends up being the most dull of the games.

Like the title suggests, it’s about Buster trying to find hidden treasure. I guess the developers realized how overused this premise is so they added Montana Max wanting the map and throwing in another villain in the form of Doctor Gene Splicer into the mix as he controls the minds of your friends who end up being bosses. Then there’s also a kidnap story because all the females in the show get kidnapped. 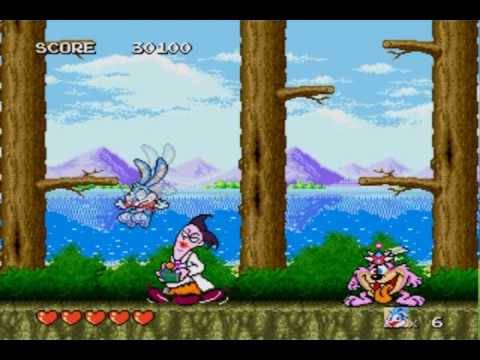 So it plays a little like Sonic and the Tiny Toon games on the NES. After the stellar effort on the SNES version, this one turns out to be a letdown in the plot and gameplay department. Not that I’m saying the NES version is bad or anything, I just feel that the originality is lacking.

Buster can eventually just dash really fast on this one which was something that was present in the SNES version too. He can also enter bonus stages in Wackyland and grab icons that calls up a character from the show to wipe the clean out of bad guys which is neat. I like how Buster blows the whistle on them. At the end of each stage, Dodo is here and leads him to the next stage. 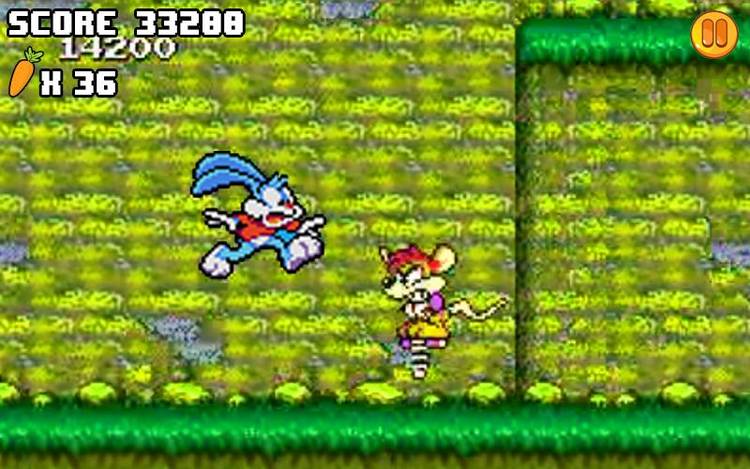 The stages themselves are ok. It’s island themed this time where Buster starts off into more of a grassland/forest type to a cave and then to a snowy based level. Every now and then you face off against the evil doc and one of your friends like plucky duck who has this thorn helmet on and is like a crazed miner. Gene tends to stay around for some reason just so Buster can come along and jump on his head.

Music and sound effects are great, as always. It’s made by Konami so it’s expected in that department. A lot of the music is heard in the SNES version. Genesis isn’t known for having the best sound quality especially in the music department but Konami always knew how to get around that.

It isn’t the best Tiny Toons game but it’s still Konami goodness. It’s enjoyable for what it is but let’s be honest, Konami gave their best efforts to the NES and SNES versions. It’s a plot we’ve seen many times before and it’s the same basic gameplay as the NES games. It’s a good game for fans but I doubt this will make any new fans of the show.