What do you need help on? Cancel X
Next
Close X Guide and Walkthrough
by Eevee-Trainer / _Cecilia_
Table of Contents

Guide and Walkthrough by Eevee-Trainer / _Cecilia_ 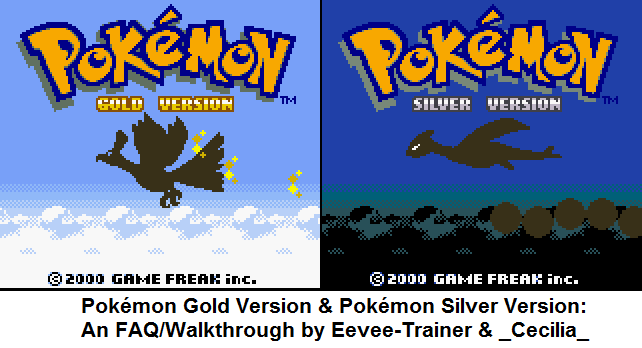 After the release of Pokémon Red and Green in Japan - later followed by Blue, and then by Blue and Red in the west, and even further expanded upon by Pokémon Yellow Version - the series saw a massive explosion in popularity. It was 1996 when the series started, and they had been in development for a whopping six years. Coming into being in 1996, hopes at Game Freak were probably dim. They weren't exactly a big or experienced game developer. The GameBoy was nearing the end of its life cycle, with the GameBoy Color just around the corner. Plus Pokémon - or Pocket Monsters as it was then known - relied strongly on a Japanese RPG style of play, even if it does technically belong better in the Trainer RPG category. Neither were particularly well-founded in the west: Final Fantasy and Dragon Waarior were making progress, admittedly, really setting up the foundation for the popularity of the JRPG, but the boom was still a year away, when Final Fantasy VII would be released. And in the east, JRPGs were becoming a very saturated genre, with many games still taking inspiration from the Dragon Quest format.

But despite this, the game released. Junichi Masuda's vision of a game that would recreate the joys of bug-collecting around his home in Japan, and a game that would encourage interactivity unlike any other game on the console between players, a true labor of love - even if the games really were rough around the edges in more ways than can be enumerated upon - released.

Against everything facing it, Pokémon quickly became a global phenomenon. All sorts of other merchandise followed. Manga, anime, movies, a trading card game, various side games in the series, action figures, plush toys ... Pokémon is almost something that is ingrained in our culture now. In sales figures, the series is now the second-best selling series of all time, behind our favorite Italian plumber, Mario. The series is now in its seventh generation, over 20 years later. Dozens if not hundreds of games have been released. We have more than five times the original 151 Pokémon, and there's no sign that this train is going to be stopping any time soon.

As the series was ascending to the throne of its popularity, a sequel was bound to follow. News eventually came out of a "Pocket Monsters 2" in development. A game intended to be a sequel to the original, to be released for the GameBoy Color. All sorts of changes were found in the games that eventually became standard for the series today:

...and so much more! A new story, in a new region. And thanks to the genius of the late Satoru Iwata, Pokémon Gold and Silver were to become unique titles in the Pokémon series: thanks to compression techniques he integerated into the game, a special postgame was made, a postgame in which you could return to Kanto as well! This wasn't thought possible for the games at the outset, and without him we never would have been able to return to Kanto. The developers challenged the limits of the game's engine in ways that aren't obvious unless you look into the game's code.

For a long time, Pokémon Gold, Silver, their expansion in Crystal, and their DS remakes in HeartGold/SoulSilver were my favorite games in the main series. Later tonight, at least from when I'm writing this, Pokémon Gold and Silver will release on Nintendo 3DS Virtual Console, over 15 years after their original release and following up on last year's VC port of Pokémon Red, Blue, Green, and Yellow Versions. And now you're probably asking, "Why the hell are you writing this Eev?"

There's all sorts of reasons:

We sincerely hope you enjoy what we have to offer in this guide and find value in the fruit of our labor!