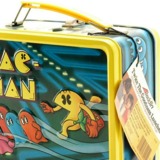 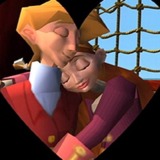 It has been a common misconception that Ms. Pac-Man was an unauthorized clone made by Midway and General Computer Corporation, and that after the game was released, their argument over who got how many royalties was abruptly ended when Namco intervened and both parties surrendered the rights and all royalties to them.

In reality, after the game had been created, Namco actually did approve of it and made it an official part of the series.